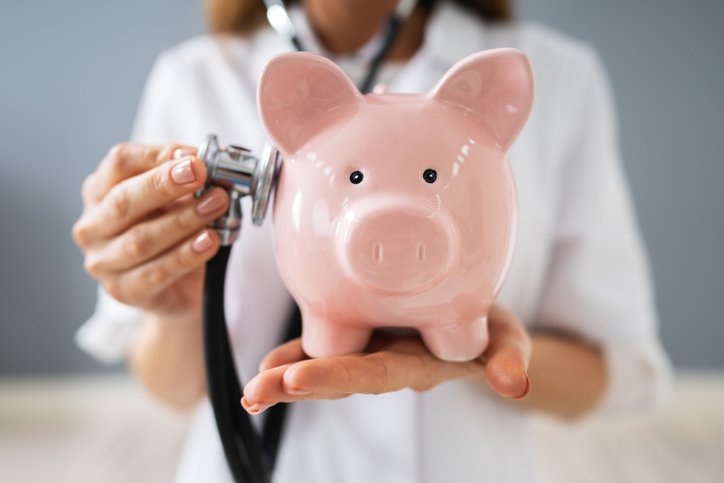 Here's what the Democratic nominee plans to do for healthcare.

Of the many personal finance issues Americans need to consider for the upcoming election, healthcare is an important one. Unfortunately, many Americans still can't afford quality healthcare, despite all that the Affordable Care Act has done to try to avoid that scenario.

Former Vice President Joe Biden has some big plans for healthcare that could make medical costs more affordable for Americans as a whole. In fact, Biden has repeatedly pledged to both protect and strengthen the Affordable Care Act. Here are some concrete plans he has to help Americans save more of their hard-earned money rather than lose it to medical bills.

1. Give Americans a new public health insurance option like Medicare

Many Americans get stuck with lousy insurance that limits the extent of the care they receive and costs them a lot of money in hidden fees. Biden believes Americans should have a better choice, and so he wants to introduce a public health insurance option like Medicare that workers can opt into. Though that option wouldn't be free for all participants, it would still give Americans more options for choosing coverage.

Today, households earning between 100% and 400% of the federal poverty level may receive a tax credit (often referred to as a subsidy) to reduce their health insurance premium costs. For a household of four, that's between $26,200 and $104,800, But even with those credits, many Americans inevitably spend too large a portion of their income on health insurance. Biden aims to eliminate the 400% income cap on eligibility and lower the limit on what healthcare enrollees should have to pay. Under his plan, no family buying insurance on healthcare.gov will have to spend more than 8.5% of its income on coverage, regardless of income.

Biden's tax credits will also be based on the cost of a gold plan on the health insurance marketplace, not a silver plan. All insurance plans are grouped into tiers ranging from bronze (lowest) to silver to gold to platinum. Currently, tax credits are based on silver plans, which often leave enrollees with high deductibles. Basing those calculations on the cost of gold plans will help more Americans afford coverage with lower deductibles and fewer out-of-pocket costs.

Governments in 14 states have refused to adopt the Affordable Care Act’s expansion of Medicaid eligibility, which means an estimated 4.9 million Americans are currently being denied access to Medicaid. Biden will ensure that these individuals get the health coverage they need by offering premium-free access to the public health plan option described above.

4. Put an end to surprise billing

Patients often get stuck with surprise healthcare bills, even when they think they're following the rules. For example, a patient can receive care in an in-network hospital, only to then get a bill from a out-of-network provider who happened to be on duty at that hospital at that time. Biden seeks to eliminate the practice of sticking patients with bills for out-of-network coverage in scenarios where patients don't have control over who provides their care.

For many Americans, healthcare is a giant expense that takes up an uncomfortable chunk of their budget. Joe Biden has a detailed plan to change that and help ensure that more Americans can afford quality coverage. If financing medical expenses is a major concern, it pays to read more about both candidates' proposals before you cast your vote.