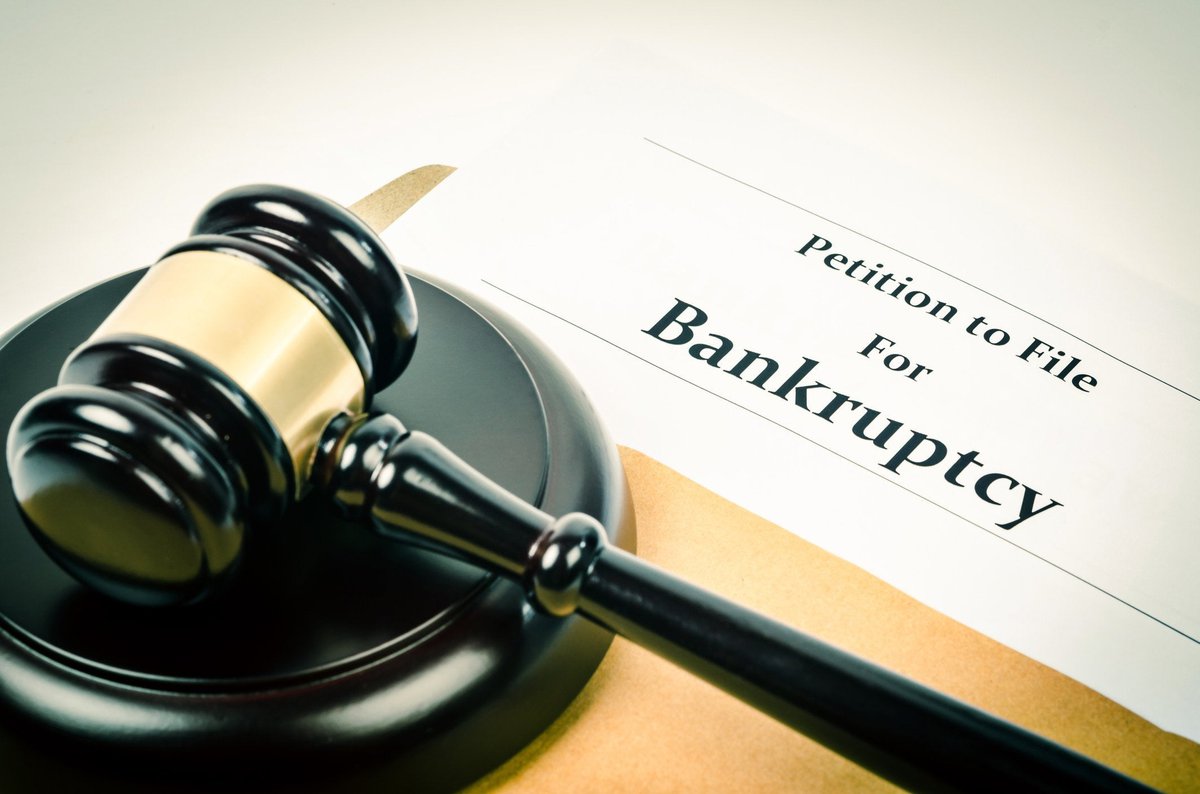 Bankruptcy is no joke, so the fact that fewer people declared it is a good thing.

Consumers who rack up piles of debt and fall far behind on it often resort to bankruptcy. But bankruptcy is no picnic -- it's stressful, expensive, and comes with a host of long-term consequences. It's therefore encouraging to see that personal bankruptcy filings hit a low late last year.

According to a new report by the Federal Reserve Bank of New York, about 121,000 consumers had a bankruptcy filing added to their credit reports in 2020's fourth quarter. That's not only a decline from the previous quarter but a historical low.

Of course, there were a number of consumer protections that were put into place during the pandemic that may have contributed to this decline. For one thing, homeowners were given the option to put their mortgages into forbearance, and that relief alone may have helped households preserve cash and avoid bankruptcy.

Also, a lot of credit card companies gave consumers more flexibility with their payments last year. In some cases, minimums were waived at the start of the pandemic. In other cases, interest rates were lowered or different payment terms were relaxed. Utility providers made a similar effort, waiving late charges and giving customers more time to pay. All of this may have contributed to a decline in consumer desperation -- and a drop in personal bankruptcies.

The downside of filing for bankruptcy

While bankruptcy can be a viable option for those deep in debt, it's not a perfect solution. A Chapter 7 bankruptcy -- one where assets are liquidated to pay off creditors -- stays put on a credit report for 10 years, while a Chapter 13 -- a reorganization of debts -- stays there for seven years.

Clearly, bankruptcy serves as a black mark for borrowers, even though some people get there not by spending irresponsibly, but by falling on hard times or racking up too much medical debt. But consumers with bankruptcy filings on record often have a hard time renting a home, getting approved for a mortgage, or qualifying for other loan types.

In fact, in some cases, a bankruptcy filing could even be a deterrent to getting a job. Much of the time, that won't happen, but those who apply for jobs that require them to manage money may be denied on the basis of not being able to handle their own finances.

Of course, those struggling with overdue bills can sometimes avoid bankruptcy by consolidating their debts or making lifestyle changes to free up money to pay off their various credit card and loan balances. For example, balance transfers cards allow consumers to move different credit card balances onto a single card that offers an interest rate reduction. Debt consolidation can also be achieved via a personal loan or cash-out refinance. But these options generally hinge on having strong enough credit to qualify, which is something people on the verge of bankruptcy can't always claim.

It'll be interesting to see if bankruptcy filings continue to decline in the course of 2021. Since some consumer protections like mortgage forbearance may come to an end later this year, that could lead to an uptick in filings. Similarly, consumers may get less leeway in general once things improve with regard to the pandemic, which means more bankruptcy filings are a possibility going forward.