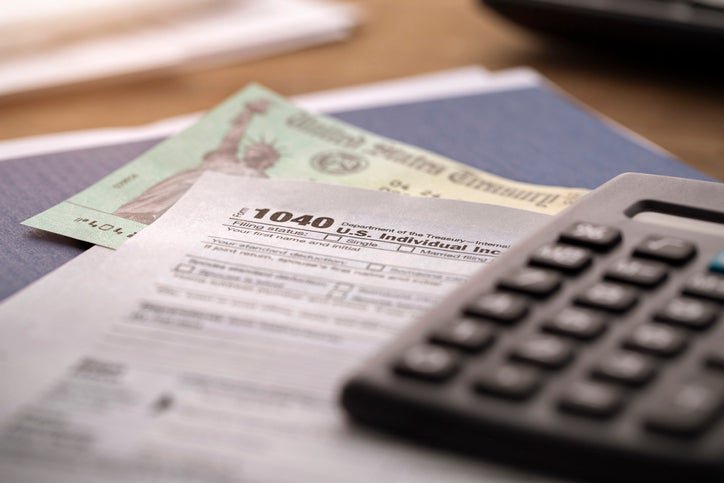 Here's some good news for people who are still waiting on their stimulus cash.

In late December, lawmakers finally came to terms on a $900 billion stimulus package. It included boosted unemployment benefits, rental assistance, and a much-anticipated second round of direct payments worth $600 apiece. Those who had bank account details on file with the IRS should be sitting on that money already, as it was sent out quickly via direct deposit. Other recipients, however, may still be waiting for a check or debit card to arrive in the mail.

Earlier this year, the IRS made it clear any stimulus payments that hadn't been sent out by Jan. 15 would not be sent out at all. Those recipients would have to claim their stimulus in the form of a tax credit (known as the Recovery Rebate Credit) on their upcoming tax returns.

The IRS initially said the same applied to stimulus payments that had not gone to the correct bank accounts. Which was bad news for a lot of people who used a tax preparation service to file their taxes. The reason? The IRS sent millions of stimulus payments to the wrong bank accounts -- accounts that are no longer open or valid -- because that's the information it had on file from a number of big-name tax preparation companies.

But now, those tax preparation services are working with the IRS to get that situation corrected. As such, if you thought you'd need to wait to claim your stimulus on your tax return, you may be eligible to get your money sooner.

Tax preparation companies charge a fee for their services. Some customers choose to direct those companies to collect their refunds from the IRS, deduct their fees, and then send the rest of the money on to them. In that situation, tax preparation companies will routinely open a temporary bank account to receive those refunds, deduct fees, and move the funds along. The problem, however, is that the IRS used those account numbers to deposit stimulus funds -- and inadvertently sent that money to the wrong place.

Initially, it seemed as though people in that situation were out of luck. But now, the IRS says it will redirect the stimulus payments it mistakenly sent to those temporary bank accounts. And a number of big-name tax preparation services are saying those payments should be made available to customers beginning on Feb. 1.

Seeing as how the IRS recently delayed the start of this year's tax-filing season to Feb. 12, that's good news. It normally takes the agency about three weeks to issue refunds for electronically-filed returns, and that assumes the IRS won't be delayed this year. As such, if you need to file your taxes to receive your payment, you're unlikely to see your stimulus cash until the beginning of March -- even if you file at the start of the season. Getting access to those funds in early February is a much better deal. This especially holds true for the many people counting on their stimulus cash to cover essential bills in the absence of a regular paycheck.