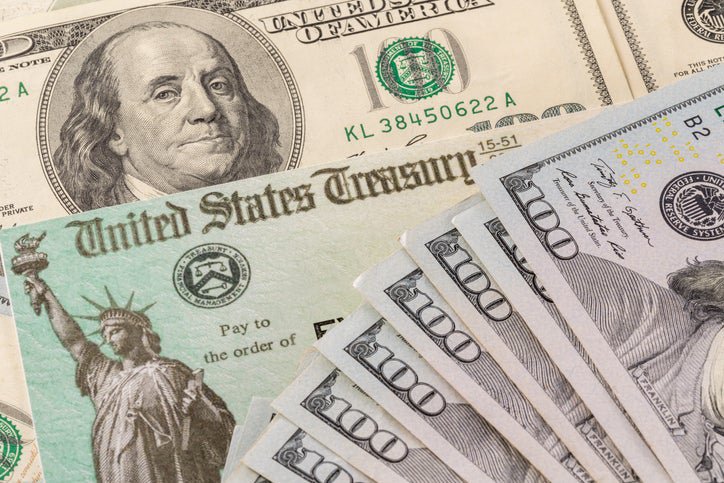 Here's the latest on stimulus checks -- and when your money might arrive if it hasn't come yet.

Ever since the $1.9 trillion American Rescue Plan was signed into law in mid-March, the IRS has been working furiously to get stimulus payments out to the public -- especially given the number of people who have been struggling financially during the ongoing pandemic. So far, more than $376 billion in funds has gone out in the form of physical checks, debit cards, and deposits made directly into recipients' bank accounts. But some people who are eligible for a stimulus have still not received their money. Here's where things stand.

>> Revealed today: Access our expert’s top cash-back credit card pick that could earn you upwards of $1,300, all with no annual fee.

Who got paid recently?

The IRS is sending out stimulus payments in large batches, and recently, it made its fifth blast. To date, an estimated 159 million recipients have received stimulus funds. The latest batch includes about 2 million checks that went out to Veterans Affairs beneficiaries who do not normally file a tax return and did not register for a stimulus payment with the IRS's non-filer tool last year. Those beneficiaries received a total of about $450 million.

Seniors on Social Security were also included in the recent batch payment. About 72,000 checks went out to beneficiaries who did not file a tax return for the past two years and who also didn't use the IRS's non-filer tool to register for a stimulus last year.

Additionally, almost 850,000 payments worth about $1.6 billion went out to non-filers -- people who didn't submit a tax return over the past two years. Many lower income households generally aren't required to file taxes, but in the absence of a return or registration on its non-filer site, the IRS has a harder time knowing how to track people down who are entitled to stimulus funds.

Finally, the latest blast included plus-up payments for recipients who were due a larger stimulus than they initially got in light of the information contained on their 2020 tax returns.

Though the IRS has now sent out multiple batches of stimulus checks and has managed to target a distinct number of groups, some people are still waiting on that money. The IRS is limited in the number of physical checks and debit cards it can issue at once, so some people who aren't eligible for direct deposit may still be waiting on their stimulus to trickle in.

If you haven't gotten a stimulus check yet, you can use the IRS's Get My Payment tool to see where it stands. But also, it could pay for you to get moving on your 2020 tax return if you haven't filed it already. If your income was lower in 2020 than it was in 2019, that could render you eligible for a stimulus check -- but until the IRS sees that, it won't know that you're entitled to a payment. Tax returns aren't due until May 17 -- the IRS postponed the filing deadline after the American Rescue Plan was signed into law. But if you want your stimulus sooner, then you may want to expedite your return.