Please ensure Javascript is enabled for purposes of website accessibility
Log In Help Join The Motley Fool
Free Article Join Over 1 Million Premium Members And Get More In-Depth Stock Guidance and Research
By Jeremy Bowman - May 5, 2017 at 9:03AM

The bakery-cafe chain's stock surged as it agreed to a buyout.

Shares of Panera Bread Company (PNRA) soared last month after the bakery-cafe chain agreed to a buyout from JAB Holding. According to S&P Global Market Intelligence, the stock finished the month up 19.4%, jumping first as rumors broke on April 3 and then hitting the 19% level after the deal was confirmed on April 5. 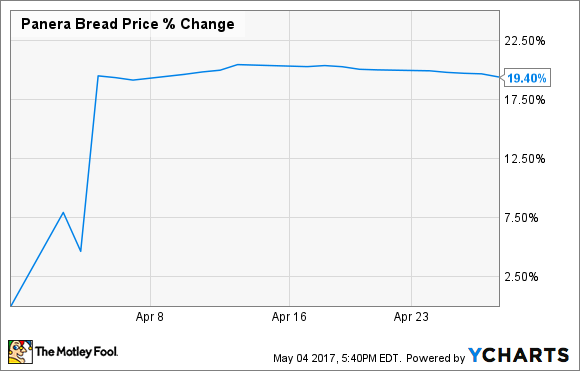 In a surprising move and in one of the biggest acquisitions in the restaurant industry in recent years, Panera agreed to sell itself to JAB Holding, the parent of Krispy Kreme and Keurig Green Mountain, for $315 a share, or $7.5 billion including the assumption of $340 million in debt. That figure represents a 20% premium over the stock price before news broke of a potential deal. 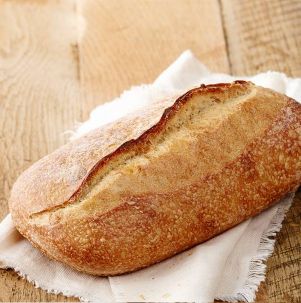 During a challenging time in the restaurant industry, Panera has been a consistent outperformer, and the company managed to deliver 5.3% comparable sales growth in the first quarter, against a decline in the overall industry.

It's no surprise to see JAB Holding scoop up such a company as the privately held German holding company has a number of coffee-related in businesses and can likely take advantage of synergies and apply best practices across its various businesses.

Panera CEO Ron Shaich was careful to note that JAB will not intervene in the day-to-day business, and he believes that going private and having JAB's support will be an overall benefit to the company. He said, "We believe this transaction with JAB offers the best way to continue to operate with this approach" of a long-term strategic focus on all stakeholders.

The deal is expected to close in the third quarter of the year, and the stock's steadiness since the announcement indicates a high level of confidence that the deal will go through as negotiated.

Why Did Panera Bread Company Shares Rise 13% in March?