The bakery-cafe chain surged on news that it would be acquired.

Panera Bread Company (PNRA) stock has been a big winner on the market this year, thanks to an announcement in April that it was being acquired. According to data from S&P Global Market Intelligence, the stock has jumped 53% so far this year. 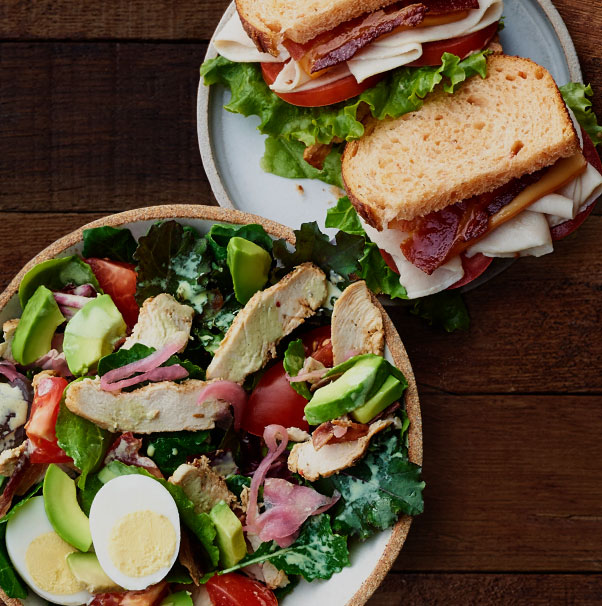 The stock got a boost after its fourth-quarter earnings release in February and surged on the buyout news in April: 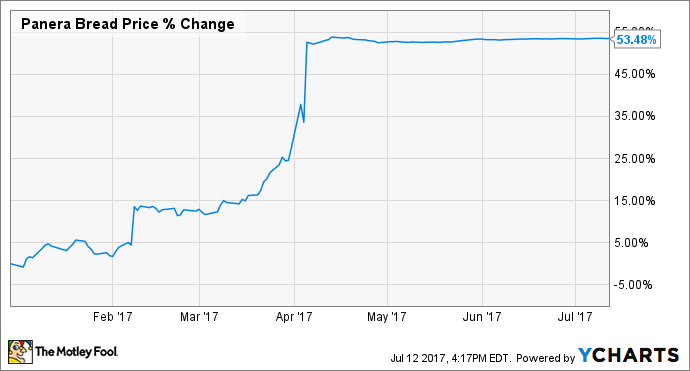 The big news for Panera came on April 5, when the company announced that it would be acquired by JAB Holdings, a privately held German conglomerate that specializes in the coffee industry, having already acquired Keurig Green Mountain and Krispy Kreme.

JAB agreed to pay $315 per share for Panera in a deal valued at $7.5 billion, including $340 million in Panera debt. Shares of the bakery-cafe chain began climbing on April 3, when rumors first broke of a deal. The buyout represents more than a 20% premium over the share price before the rumors came out.

Panera CEO Ron Shaich will remain in charge of the fast-casual chain he founded, as JAB is expected to be a hands-off owner, though it will probably offer sourcing opportunities, increased scale, and cross-promotional benefits. He also said the company would benefit from going private, as it would eliminate the hassle of quarterly reporting and other shareholder matters.

Also during the year, Panera posted solid comparable-sales growth in each of its reports, as comps increased 3% in the fourth quarter of 2016 and 5.3% in the first quarter, far outpacing the greater restaurant industry.

Panera shares have held steady since the deal was announced, closing at $314.79 on July 12. The acquisition surprised the market, and there was little expectation that another suitor would emerge or that shareholders would reject the deal. The merger is expected to close in the third quarter, marking the end of the road for a stock that has returned more than 8,000% in its publicly traded history.

Why Did Panera Bread Company Shares Rise 13% in March?