Please ensure Javascript is enabled for purposes of website accessibility
Log In Help Join The Motley Fool
Free Article Join Over 1 Million Premium Members And Get More In-Depth Stock Guidance and Research
By Daniel B. Kline - Apr 10, 2017 at 7:56AM

The company performed well even before rumors of its potential purchase became public.

Even before the company made it public that it was open to being purchased, Panera Bread (PNRA) moved steadily upward from early February, when the chain reported Q4 and full-year sales.

While it seems silly to discuss the restaurant chain's Q4 results now that it has reached a deal to be purchased by privately held JAB Holdings for $7.5 billion, it's likely that the company's strong numbers contributed to the sale happening.

The chain saw comparable-store sales rise 3% at company-owned bakery-cafe locations. The chain also noted that comps were up 6.6% on a two-year basis. In addition, full-year fiscal 2016 GAAP diluted EPS rose 7% from the previous year to $6.18.

Those were strong numbers, and as you see on the chart below, they sent the chain's shares on a steady rise upward. After opening March at $232.07, the company's stock price closed the month at $261.87, a nearly 13% increase, according to data provided by S&P Global Market Intelligence. 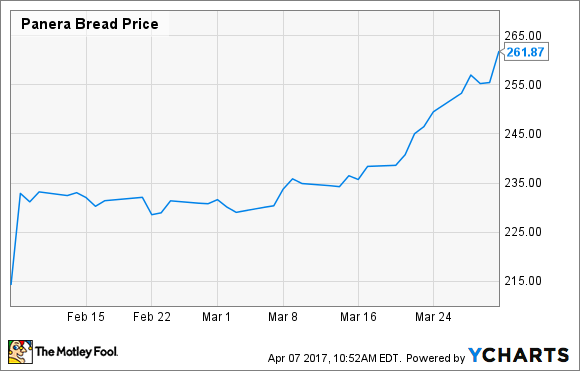 Panera has performed well in a market that has proved very challenging for many restaurants brands. That led to the April announcement that it was being purchased by JAB Holdings for $315 per share in cash, along with the buyer assuming roughly $340 million in debt. That deal values the company at approximately $7.5 billion. 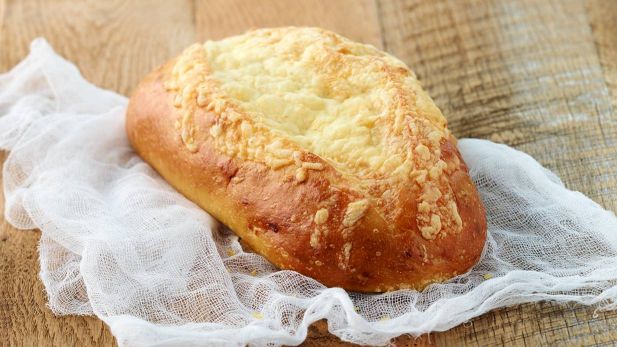 Assuming the JAB deal closes as expected, not much should change for the chain as its buyer has been famously hands-off with its purchases. The company will maintain its management, keep its headquarters, and largely operate as it has been.

"We strongly support Panera's vision for the future, strategic initiatives, culture of innovation, and balanced company versus franchise store mix," said JAB CEO Olivier Goudet in a press release. "We are excited to invest in and work together with the company's management team and franchisees to continue to lead the industry."

For Panera, business as usual means continuing its efforts to roll out delivery in more markets while it finishes its planned remodels of many of its stores. In addition, the company has been a digital pioneer, and it plans to continue to integrate more mobile ordering and payment options while also developing its web and app platforms.