Fifth Third stock's performance since last year has made it less of a bargain.

Fifth Third (FITB 1.00%) has not been left out of the broad rally in bank stocks since the election last year.

Shares of the Cincinnati-based bank are up since then by 38%. That's in line with the KBW Bank Index, which returned an identical 38% over the same stretch.

With this in mind, it's reasonable for investors to ask: Does Fifth Third's stock still trade for a discount to other bank stocks? 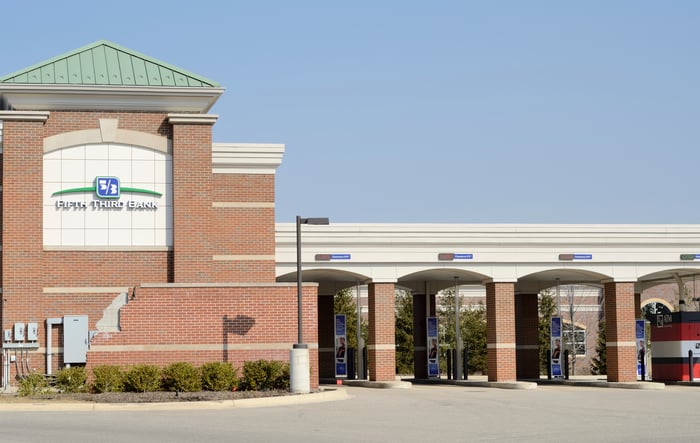 One way to determine a bank stock's valuation is to use the price-to-book value ratio. To calculate this, divide a bank's share price by its book value per share. The quotient reflects how much investors think a bank is worth relative to how much the bank purports to be worth on its balance sheet.

A bank with a price-to-book value higher than 1.0 is said to trade for a premium to its book value, implying that investors believe the bank's business model will create value beyond its current net worth, and that they're willing to pay for that value creation.

By contrast, a bank that trades for less than its book value per share is said to be priced at a discount to book value. The implication is that investors expect the bank's value to erode -- as a result, say, of loan losses. 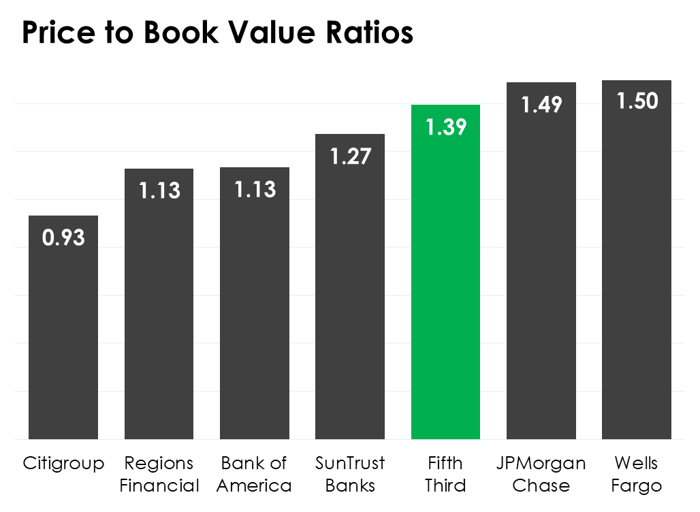 When it comes to Fifth Third Bancorp, its stock trades for 1.39 times its book value per share. That equates to a 39% premium to book value. This suggests that investors expect the bank to create value for owners of its stock.

Fifth Third is by no means priced at a bargain. The average bank stock on the KBW Bank Index is valued at 1.41 times its book value. That's only 2 basis points higher than Fifth Third.

That said, shares of Fifth Third certainly seem to be reasonably priced, at least compared with other bank stocks, despite its performance over the past year. 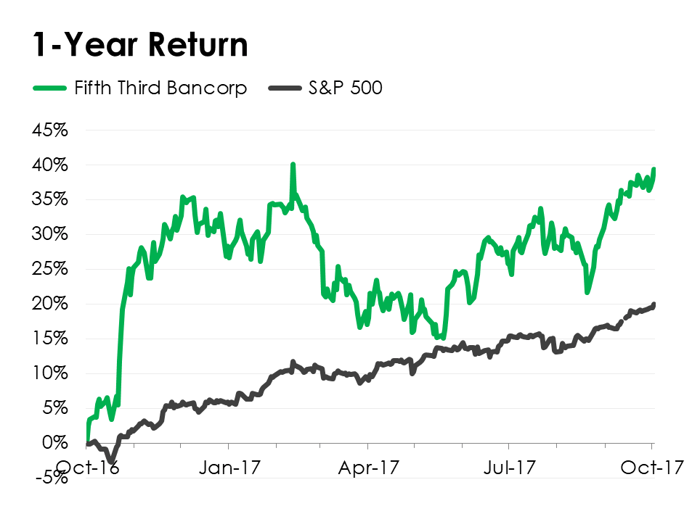 A second way to measure a bank stock's value is to use the price-to-earnings ratio. To calculate this, divide a bank's share price by its earnings per share.

A simple interpretation of the quotient is that it reflects how much an investor must pay for each dollar of a company's earnings. If the P/E ratio is 32, then it costs $32. If the ratio is 11, it costs $11.

There is no general rule about what constitutes a high or low P/E ratio for a bank. Yet you can compare a bank's P/E ratio to stocks both within the bank industry and outside of it -- this is a key benefit of the P/E ratio over the price-to-book value ratio. 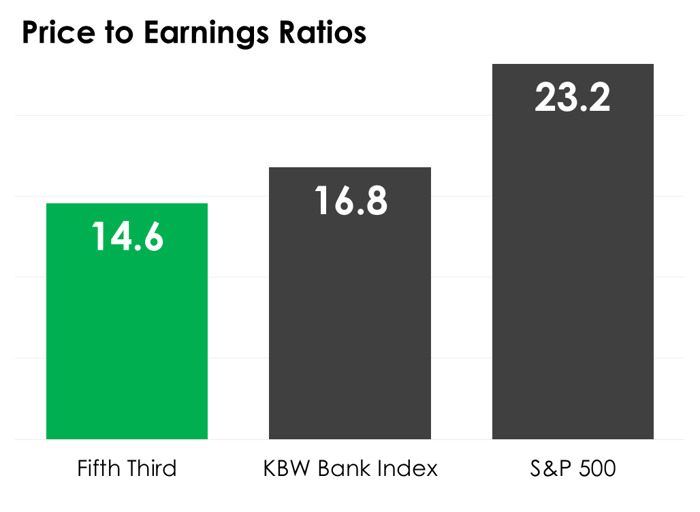 *The median was used for the KBW Bank Index and the S&P 500. Data sources: YCharts.com, The Wall Street Journal. Chart by author.

By both measures, in turn, Fifth Third Bancorp's stock is reasonably priced, if not inexpensive.

If you're thinking about buying a bank stock right now, it's important to appreciate that even those that trade at seemingly low valuations can still suffer if the market takes a turn for the worse.

One could make the argument, in fact, that the stock market is broadly in jeopardy of that situation right now, given the multiyear bull market in equities since the financial crisis. But holding all else equal, if you're going to buy a bank stock in this environment, it wouldn't hurt to buy one that's selling at a discount to others, as Fifth Third Bancorp is.