Please ensure Javascript is enabled for purposes of website accessibility
Log In Help Join The Motley Fool
Free Article Join Over 1 Million Premium Members And Get More In-Depth Stock Guidance and Research
By Keith Noonan - Jul 28, 2020 at 11:31AM

These promising companies are riding some of the biggest trends in business.

Most stocks won't deliver that kind of incredible performance, but at any given moment, there will always be some industry leaders shaping and accelerating world-altering trends, and delivering stellar returns for shareholders along the way. These three companies could be among them. 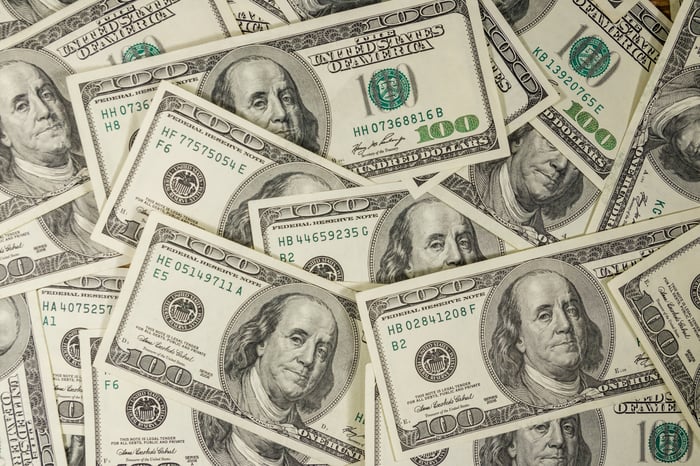 India has a population of almost 1.4 billion and an economy that's on track for huge growth as its industries develop and a greater percentage of its citizens enter the middle class. Some analysts forecast that its gross domestic product will surpass that of the United States by 2030. Whether or not that proves to be the case, the country is an appealing growth market, and its entertainment industry looks particularly attractive.

Eros (ESGC) is an Indian film, television, and multimedia company that could turn into a big winner for patient investors. It operates a streaming platform and is building a network of distribution and content partners that could help it tap into momentum in its domestic market, as well as pursue growth internationally.

India's box-office leader by market share, Eros owns the rights to the largest library of films in Hindi and the country's other regional languages, and its subscription video on demand (SVOD) platform has more paying members there than any other in its market. The India Brand Equity Foundation forecasts a compound annual growth rate of 13.5% for the country's media-and-entertainment industry over the five-year period spanning from 2019 through 2024, and Eros should have plenty of opportunities to benefit.

Eros International is valued at roughly $450 million, and it trades at roughly 13 times this year's expected earnings and 2.5 times expected sales.

2. Impinj: Bet on the Internet of Things and its underestimated reach

The evolution of device connectivity and machine-to-machine communication will create a wide range of new conveniences at the consumer level, but the most important aspect of the Internet of Things (IoT) will be the vast quantities of useful new data it will generate. Analyzing that previously unavailable information should lead to significantly greater efficiencies for enterprises and the public sector. And much of the new information from that connectivity boom will be derived from sensors embedded in objects and environments that haven't had them before.

Impinj (PI 1.52%) is a semiconductor specialist that's helping to bridge the connectivity revolution to nonelectronic devices. It makes radio-frequency identification (RFID) tags and sensor readers to pick up their signals. Its small, resilient, and relatively low-cost tags function without the need for a power source and are already being used to bring everyday items (including clothing, packages, and auto parts) into the world of digital connectivity.

Companies use Impinj's RFID tech to track their products and improve supply chains, evaluate the age and status of crucial equipment, and cut down on theft and counterfeiting. Moreover, the RFID market is still young, and a wide range of new use cases will likely emerge, driving additional demand for Impinj's products.

The company isn't yet profitable, but the stock has lots of room for growth -- with a market cap of $680 million, it's trading at less than five times this year's expected sales. The IoT revolution is just getting started, and Impinj stock could post big returns if demand for its RFID technology continues to climb.

3. Baozun: Tap into the growth of Chinese e-commerce

According to research from eMarketer, China accounted for 54.7% of the world's $3.54 trillion in total e-commerce spending in 2019. That $1.94 trillion in online spending was more than triple the estimated U.S. total of $586.92 billion. And China's online retail market is continuing to expand at a rapid clip, with a long runway for growth.

Baozun (BZUN 5.42%) provides software and services that help businesses launch and scale their e-commerce operations in China. Its core business has mainly been focused on major Western brands and a handful of large domestic companies, so it has plenty of room to expand as it helps its clients build their businesses and brings new companies on board.

With a leadership position in its niche, plus tailwinds at the macroeconomic and industry levels, this relatively small company -- its market cap is around $2.5 billion -- could deliver impressive growth over the long term. Baozun also operates an online-retail services platform tailored for small and medium-sized businesses, and the company's stock performance should be even more impressive if this newer service gains favor as China's economy continues to expand and more of its people become entrepreneurs.