Please ensure Javascript is enabled for purposes of website accessibility
Log In Help Join The Motley Fool
Free Article Join Over 1 Million Premium Members And Get More In-Depth Stock Guidance and Research
By Keith Noonan – Jul 8, 2020 at 10:31AM

Investing a few thousand dollars in these companies could lead to life-changing returns. 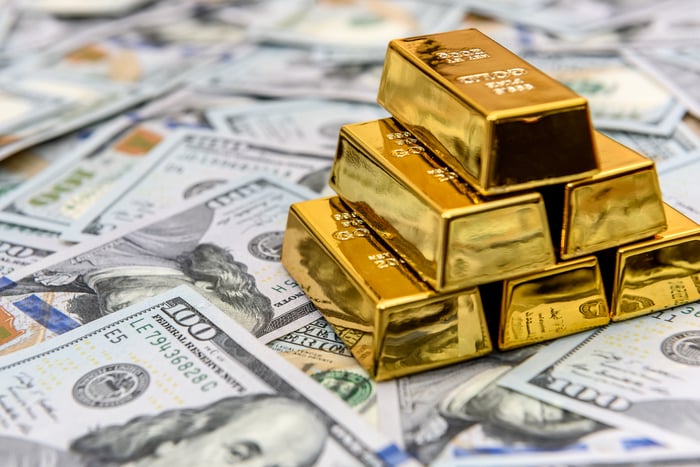 You may not have heard of Cloudflare, but it's a virtual certainty that you've visited websites that depend on the company's technology. The business provides web infrastructure and security services for over 27 million internet properties, and it handles content delivery networks (CDNs) to speed up web access, and protects against distributed denial of service (DDoS) hacking attacks.

If a bad actor wanted to incapacitate your website, it could spoof an onslaught of information service requests to servers and overload the website if adequate protections were not in place. Cloudflare's DDoS protections make it much harder for that to happen.

The cybersecurity company isn't profitable yet, and its forward price-to-sales multiple of 29.5 might look pretty intimidating at first glance. But the business is recording stellar momentum and has incredible expansion potential.

Annual sales grew at a 50% compound rate from 2016 through 2019. And the company kept its impressive growth streak alive with its recent first-quarter report, delivering 48% year-over-year sales growth and increasing its large customer count 69% over the prior-year quarter.

Cloudflare also has very strong gross margins (77% last quarter), suggesting that the company has the potential to be very profitable once it believes it's ready to pivot from big spending on marketing and R&D. For now, focusing on expanding its paying-customer base and developing new tech is the right move. Cloudflare's leading position in cybersecurity is the type of advantage that could eventually provide a launching pad to move in new directions and continue its dramatic growth.

With a market capitalization of roughly $615 million, Impinj is still solidly in small-cap territory. Don't bet on it staying there, however. The radio frequency identification (RFID) specialist is a category leader in its niche corner of the semiconductor industry, and it looks poised to see dramatically increased product demand over the next decade.

The radio frequencies produced by the chips don't require a power source to transmit information, allowing the tags to be very small and durable. In many cases, the RFID tags function like more advanced, more versatile versions of the bar code scanning system. Information passed along from RFID can then be parsed with analytics software to generate insights that significantly improve business efficiency.

Impinj's RFID chips are already used by automotive and tire manufacturers to both track production and provide life cycle and safety information for connected vehicle fleets. Airlines are using the company's products to improve their ability to track travelers' baggage. Retail brands including Nike and Zara are embedding RFID tags in their products to generate insights that lead to supply chain improvements and help cut down on theft and counterfeiting.

Business success in the 21st century hinges on gathering and interpreting valuable data. Impinj's technology allows nonelectronic items to communicate with networks, and I expect that a range of new applications for its products will come into prominence over the next decade.

If you've been watching the tech sector this year, you may have noticed that video game companies have performed very well. The gaming industry was already red hot, but conditions created by the coronavirus pandemic led to heightened user engagement and boosted the valuations of leading companies in the space.

HUYA is a gaming-adjacent company that has gotten a valuation boost in 2020, but shares are still down substantially over the last year and look significantly undervalued. 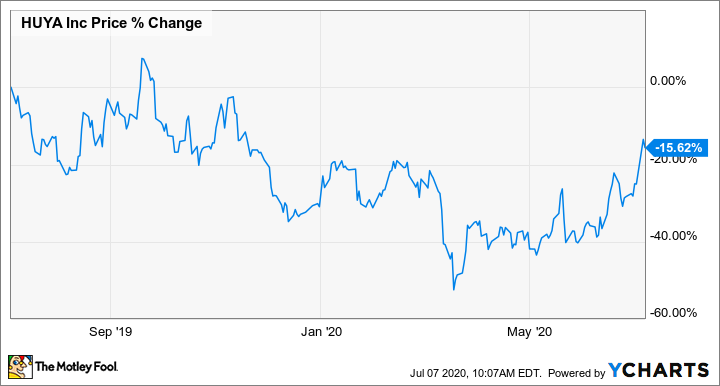 The China-based company operates a platform that allows users to broadcast footage of themselves playing video games and watch broadcasts from other users. Watching other people play games and offer commentary might not sound like enthralling content to everyone, but it's enormously popular among millennial and Gen-Z demographics. Gaming video content is already one of the most popular video categories on the internet, and it continues to grow at a rapid clip.

HUYA trades at roughly 32 times this year's expected earnings, but that valuation looks very cheap considering how fast the business is growing. Sales climbed roughly 48% year over year in the first quarter, and adjusted net income jumped 100.7% to reach $37.2 million. That kind of impressive growth hasn't been abnormal for the business. Revenue rose 79.6% last year, and adjusted net income rose 62.7%.

HUYA is posting fantastic results, its successfully building its business outside of China, and the company's forward PEG ratio sits at just 0.2, suggesting that the stock is a screaming buy at today's prices.