Looks like investors will have to wait at least another day to set a record. The S&P 500 Index (SNPINDEX:^GSPC) fell 14.9 points, or just under 0.5%, on Aug. 19, giving up some ground after closing at an all-time high yesterday. Today wasn't particularly volatile, but the sentiment turned clearly bearish in afternoon trading; after looking like another record close was going to happen, the index steadily sold off in the last two hours.

The sell-off wasn't steep, but it was broad, with more than 340 of the 505 stocks in the index closing lower. Notable losers today include discount retailers TJX Companies (NYSE:TJX) and Ross Stores (NASDAQ:ROST), down 5.4% and 4.3%, respectively, and retail real estate investment trusts Regency Centers and Kimco Realty Corp, both down more than 3%. The biggest loser today was Jack Henry & Associates (NASDAQ:JKHY), down almost 13% after reporting earnings and guidance for next quarter that disappointed investors. 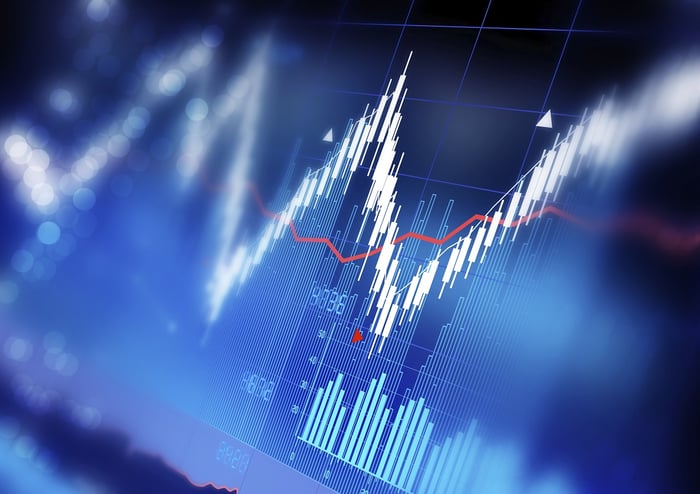 On the upswing was Target Corp (NYSE:TGT), reporting strong quarterly earnings that sent investors on a shopping spree, pushing shares 13% higher. No other S&P stock gained as much as 4% on the day.

Investors were looking forward to TJX Companies' earnings, released before market open today, but the result disappointed. The discount retailer reported a $214 million loss; that wasn't a complete surprise due to the second-quarter shutdown of almost all of its stores, and it was actually better than management said it expected internally. But what did catch people off guard was what management had to say about its more recent results. Even with most of its stores now reopened, slow traffic and supply chain challenges are expected to keep sales from fully recovering in the current quarter.

Target isn't suffering the same weakness that TJX reported, and investors fear Ross may also be experiencing. While the discounters are struggling, Target has seen the coronavirus pandemic act as a catalyst to help it grow. The company reported second-quarter same-store sales increased 24%, driven by a huge increase in online orders. Digital sales soared an incredible 195% as the company quickly leveraged its online platform and began offering customers the ability to pick up orders -- delivered to their cars -- during the height of the stay-at-home period early in the pandemic.

This really lifted Target's bottom line. Operating income increased 74% to $2.3 billion, and the company said it gained $5 billion in market share in what it considers its core segments.

Winds die down for cruise and airline stocks

The initial flurry in buying came after a small cruise operator set sail in the Mediterranean earlier this week, and a Southwest Airlines (NYSE:LUV) regulatory filing indicated it was planning to forgo a government assistance program. In short, traders seem to have rallied on things that, in the bigger picture, aren't necessarily positive signals for the entire industry. 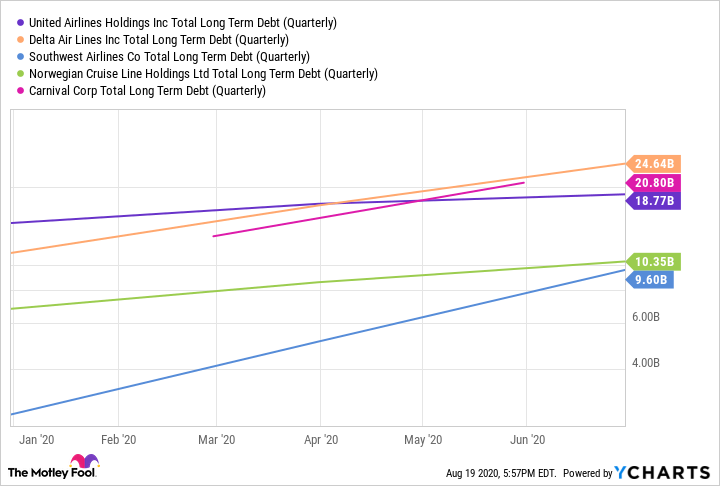 Sure, some individual players may have enough capital to ride out a protracted downturn, but by and large every public company in both sectors is likely to emerge with massive amounts of debt -- and at high interest rates -- that will weigh on investor returns for many years to come.