The e-commerce giant has government approval to begin delivery tests.

The approval gives Amazon the all-clear to begin commercial deliveries in the U.S. under a trial program. The clearance was granted after the FAA evaluated the technologies and concluded they are safe. 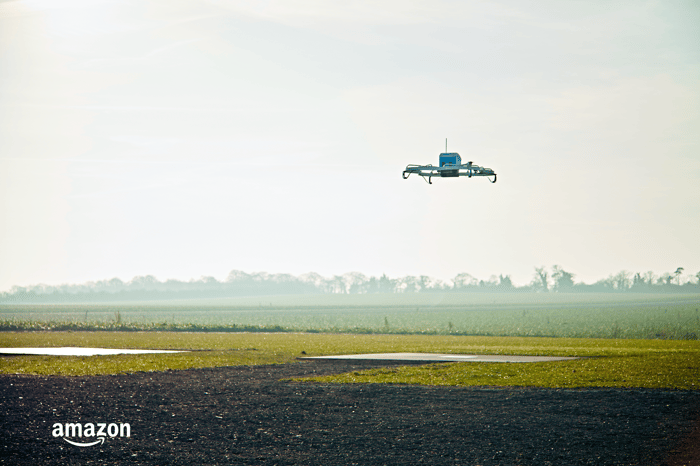 Amazon vice president David Carbon, who oversees the drone effort, in a statement released to reporters called the certification "an important step forward for Prime Air." The clearance gives Amazon the ability to further test and develop its technologies in real-world settings.

"We will continue to develop and refine our technology to fully integrate delivery drones into the airspace, and work closely with the FAA and other regulators around the world to realize our vision of 30 minute delivery," Carbon said.

Amazon follows United Parcel Service (UPS -1.08%) and Wing, a subsidiary of Alphabet (GOOG -2.63%) (GOOGL -2.63%), in winning FAA approval to begin drone trials. UPS has teamed with CVS Health for autonomous delivery of prescription drugs, while Wing has a similar effort under way with Walgreens.

Amazon, which has also experimented with drone delivery in the United Kingdom, did not say where it will conduct its U.S. trials.

Even if the tests go well, we are still years away from widespread drone deliveries.

Current U.S. regulations limit commercial drone activity beyond trials, and the FAA is working to craft a set of rules that would eventually allow for drone flights over crowded areas while managing air traffic and coordinating with aircraft. The companies involved also need time to continue to develop technologies that would allow for true autonomous flying, instead of needing a "pilot" at the control at all times during the drone's flight.