The new GPU heralds a generational performance leap and appears to be a big hit with gamers.

NVIDIA (NVDA -1.12%) released its GeForce RTX 3080 graphics processing unit (GPU) today, and early demand for the powerful new graphics card is strong. The high-end gaming GPU hit the market starting at $699, and it's been getting rave reviews for the processing performance it delivers at that price.

The RTX 3080 line is already sold out on NVIDIA's website and on popular online retail sites like Amazon, NewEgg, and Best Buy. The graphics specialist's hardware partners -- including ASUS, Galaxy, and MSI -- will also offer their own custom versions of the RTX 3080 line, and pre-orders for these offerings are sold out as well. 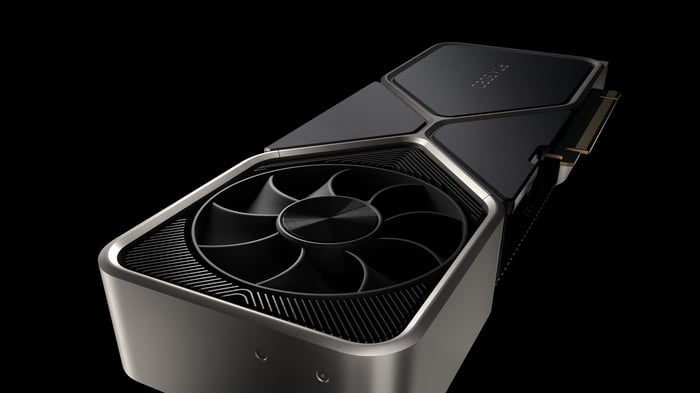 What does it mean for NVIDIA?

The RTX 3080 is built on NVIDIA's powerful Ampere architecture, and is being heralded for delivering a generational leap in performance that enables ray tracing (an advanced lighting rendering technique) and other high-end graphical processes. This quote from Tom's Hardware's review of the GPU encapsulates what appears to be the prevailing take on the 3080: "The bottom line is that the GeForce RTX 3080 is the new high-end gaming champion, delivering truly next-gen performance without a massive increase in price."

NVIDIA has seen big growth for its processors designed for data centers and resource-intensive applications including artificial intelligence, but its gaming segment is still a core part of the business and accounted for 42.6% of sales last quarter. Signs point to the company retaining a leading position in the high-end gaming GPU space.