For the vast majority US homeowners, residential energy storge, or batteries, has been a catchy advertisement for a product that "they'd love to get some day." In California and several other states, a number of factors are coinciding to change the way many people think about batteries. And as demand for batteries grows across the US, several companies leading the charge in this space stand to reap the benefits. 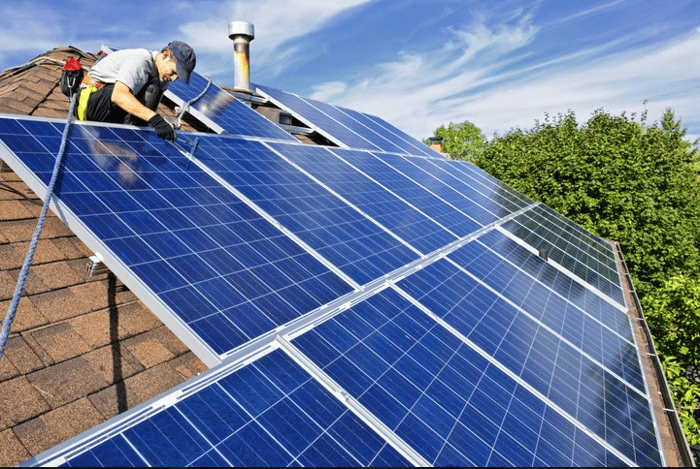 Residential energy storage doesn't make economic sense. Until it does.

Residential batteries are usually marketed as an optional add-on for a solar power system, because their extra expense often cancels out the up-front savings in electric bills that panels can provide. But this calculation has been changing for a number of reasons.

To improve their bottom lines, major utilities in California – the country's No. 1 rooftop solar market -- are beginning to roll out Time of Use Rates, or TOUs. TOUs make electricity cheaper during the day, but much more expensive in the evenings. This isn't so great for solar systems that sell most of their energy during the day -- unless they have batteries. With batteries, solar systems can store the energy they make, then sell it to the grid whenever it is most profitable. A study published by Solar Power World shows that a solar-plus-storage system beats the economics of a solar-only system using at least one major California utility's TOU rate schedule.

And California is further improving the economics of some storage systems through programs such as the Self Generation Incentive Program – a rebate program for low-income households and communities at risk for fires.

The initial success of these programs has prompted other utilities across the country to take notice, with many beginning to pilot similar TOU programs in big markets such as Florida and Texas.

But while these programs have bolstered interest residential energy storage, the very unfortunate climate-related events of the last few years in places like California, Texas, Florida, and Puerto Rico have given demand for these products an even bigger boost.

You don't know what you've got until its gone

After the infamous California fires of 2018, PG&E, the utility responsible for starting some of the worst fires, announced planned blackouts to prevent fires from starting during the hottest months of 2019 and 2020. These blackouts have affected millions of people and sometimes lasted for days. According to PG&E, planned blackouts in California may be "the new normal" for at least a decade.

These kinds of climate-related power disruptions have pushed home energy storage to an inflection point in the US, with storage attach rates -- the percentage of solar systems that opt to also install batteries -- expected to grow sixfold from 2019 to 2025.

The key players in this space should expect a windfall

The companies that stand to benefit the most by this inflection point  sell or finance both solar and storage products. Enphase Energy (NASDAQ:ENPH), Sunnova (NYSE:NOVA) and SunRun (NASDAQ:RUN) top that list.

Enphase is very active in California. The company launched Encharge, its new storage product, in the summer of 2020. In its Q2 2020 earnings call  the company said it expected an attach rate of between 8% and 10% to their Q4 2020 inverter sales, almost twice the 5% that they had initially projected.

Some quick math based on the retail cost of Enphase's storage and microinverters suggests that each MWh of batteries the company sells generates approximately twice the revenue that each MW of microinverters brings. If those numbers hold up, an attach rate of 8% could add more than 30% to its inverter-only revenue. And the company has said it expects its gross margins to remain around 35%. As attach rates continue to increase, Enphase could see a real windfall from storage in the next several years.

Both Sunnova and SunRun are using their financial ingenuity to make storage systems more accessible to homeowners and have a strong presence in California and other markets susceptible to climate-related power disruptions, such as Puerto Rico. Both these companies offer storage solutions to their customers. Their businesses are valued in proportion to the contracted monthly payments they expect for the energy systems they finance. The more expensive the systems, the higher the monthly payments -- and storage systems are more expensive. Sunnova has reported attach rates of almost 30% across its customer base.

As California goes, so goes the nation

Investors looking for opportunities to invest in solar energy companies addressing the surge in demand for energy storage should look at the financial results of companies active in this space in the coming quarters. Optimally, companies where storage represents a material new source of revenue, which break out their storage sales from the rest of their business, and that show a material uptick in business activity for that segment. With climate-related grid failures becoming more common across the US, the trend toward energy storage in California is likely to spread to markets nationwide.