It's been a risk-off week on Wall Street, and airline shares have been caught up in the downdraft. The industry has been hit hard by the COVID-19 pandemic, and without a lot of good news about the economy or the pandemic, investors are having a hard time getting excited about airline stocks.

Shares of Spirit Airlines (NYSE:SAVE) led the decline on Thursday morning, down as much as 6.3%, while shares of American Airlines Group (NASDAQ:AAL), United Airlines Holdings (NASDAQ:UAL), and Delta Air Lines (NYSE:DAL) were each down more than 5% and Southwest Airlines (NYSE:LUV) was off by 4.6%.

The stocks all had recovered somewhat by midday, rising with the broader markets, but although the S&P 500 is in the green as of noon EDT the airlines are all down between 2% and 4%.

The airline industry is one of the big losers from the pandemic. Second-quarter revenue fell 80% year over year at most companies, and with traffic unlikely to fully recover until 2022 the carriers are cutting costs and preparing for a long downturn.

The stocks have recovered from March and April lows, but in recent months have been range-bound and trading more on news about the timetable for a vaccine and insight about how quickly the economy might rebound once the crisis is over. 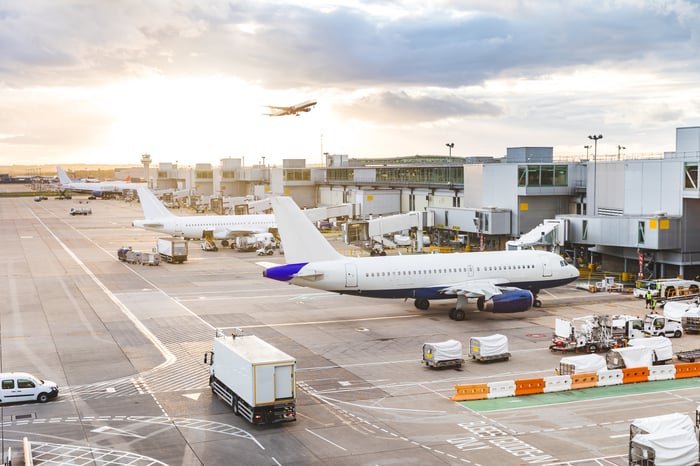 There hasn't been much optimism on Wall Street this week, and it is taking its toll on airline stocks.

Airlines so far have avoided layoffs thanks to government assistance provided as part of the CARES Act, but prohibitions on involuntary cuts included in the stimulus bill expire on Sept. 30. So far, despite some support on Capitol Hill, additional stimulus appears to be a long shot.

Delta has pledged to hold off on furloughs to give legislators time to act, and United, Spirit, and Southwest all have deals with at least some of their work groups to cut costs without furloughs. But it is possible we'll soon be reading headlines about massive worker cuts from at least some airlines.

United on Thursday offered a glimpse at how complicated it could be to resume normal operations. The airline will offer COVID-19 tests to passengers traveling to Hawaii to help customers comply with the state's post-quarantine guidelines. When airlines eventually begin to rebuild their international schedules, similar measures will likely be necessary to make sure travelers comply with each nation's pandemic rules.

For all the drama surrounding the industry this year, these airline stocks have largely been stuck in a holding pattern over the past three months. Filter out all the day-to-day noise and that makes sense: We know the recovery will be slow and painful, but we also know the airlines have ample cash to weather this crisis for an extended period of time. 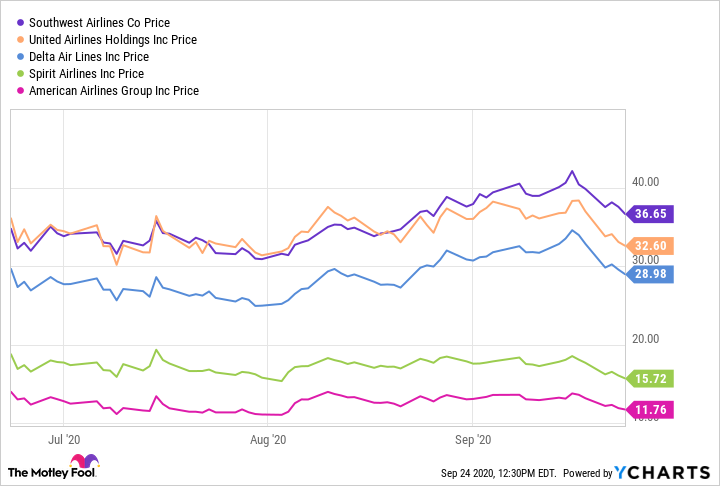 Despite the doom and gloom I'm optimistic the airline industry can survive without bankruptcies, though given the risks I'd advise investors to limit airline stocks to a small part of a well-diversified portfolio. And be choosy about what you buy. Delta and Southwest are best-of-breed airlines that should be able to handle whatever comes their way, while Spirit is a high-risk, high-potential-reward stock for those who can handle the turbulence.