Please ensure Javascript is enabled for purposes of website accessibility
Log In Help Join The Motley Fool
Free Article Join Over 1 Million Premium Members And Get More In-Depth Stock Guidance and Research
By Adam Levy – Oct 7, 2020 at 10:20AM

Instagram launched Reels, its TikTok clone, just two months ago, but it's moving quickly to cash in on engagement for the new feature. Facebook is (META -0.74%) expanding Instagram's shopping capabilities to more types of content -- IGTV, Live, and Stories -- and plans to include shopping in Reels before the end of the year. That would make Reels one of the fastest products Facebook has ever monetized, and it could be an important factor in fending off ByteDance's TikTok.

Beating TikTok to the punch

TikTok has tested shopping features in its app in the past, after its Chinese counterpart, Douyin, saw success with e-commerce. Douyin allows creators to make their own custom shops selling items from Alibaba's Taobao marketplace. The big reason Walmart (WMT 0.43%) is trying to buy a stake in TikTok is to emulate Douyin/Taobao's success with tie-ins to its own marketplace.

But even if Walmart is able to win a partnership to expand e-commerce features in TikTok, the integration will take a long time. Facebook is able to move quickly thanks to the existing infrastructure it's built out over the last few years. 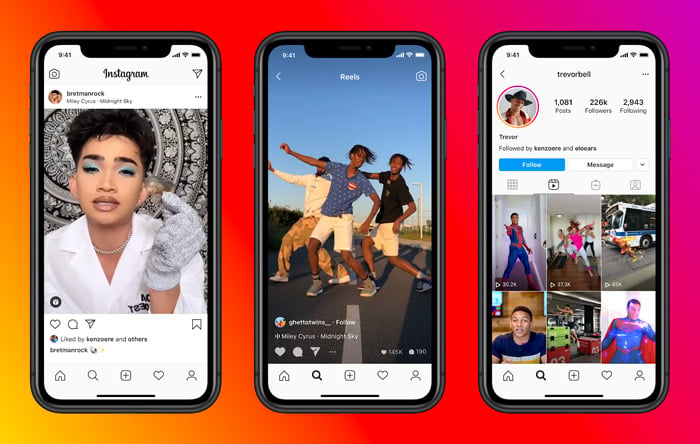 About four years ago, Instagram introduced shopping tags, which allow users to tap on products in photos and learn more. It's since introduced new features like Instagram Checkout, Facebook Shops, and Facebook Pay while expanding the reach and presence of shopping features in the Instagram app to get them in front of more users. The growth of shopping in Instagram has been phenomenal for the FAANG stock, with one analyst identifying it as a $10 billion opportunity by next year.

With that infrastructure in place, Facebook can quickly move past TikTok in offering more social commerce features for creators in Reels. And that could drive a lot of interest in the new Instagram format.

Facebook previously tried seeding new formats like Live and Watch with direct payments to creators. The idea was to bridge the period from launch until the engagement was strong enough to support monetization through advertising. Many creators never got to the point where they could sustain their content creation without direct payments from Facebook.

There are a lot of TikTok and Reels creators who could get value from the ability to add product links to their videos. Makeup tutorials and instant outfit change videos come to mind as just two easily monetized categories.

It's important to note that Reels isn't Stories. Stories are extremely easy to create and share. People usually aren't as self-conscious about what they share on Stories since the content automatically disappears after 24 hours and only friends will see it. Reels live in perpetuity and are more public-facing, so fewer people are likely to create Reels.

So, while Instagram can lean on the built-in user base of 1 billion-plus people using its app, it can expect a much smaller percentage to be interested in creating content for Reels. Thus, rolling out incentives for creators and rolling them out early can help attract talent to the format, keeping them in the Instagram ecosystem instead of migrating to TikTok, and begin a virtuous cycle of engagement from viewers and creators.

There's already a proven track record of shoppable videos in China with Douyin, and Walmart plans to copy the strategy in the U.S. with TikTok. But Facebook ought to be able to move more quickly and grow Reels into a serious competitor.