Please ensure Javascript is enabled for purposes of website accessibility
Log In Help Join The Motley Fool
Free Article Join Over 1 Million Premium Members And Get More In-Depth Stock Guidance and Research
By Adam Levy – Aug 31, 2020 at 9:51AM

There's a new bidder in the running to acquire TikTok's U.S. operations following an executive order by President Donald Trump to potentially ban the app in the United States. Trump plans to shut down the video-sharing app on Sept. 20 if the Chinese-owned (and allegedly Chinese government-influenced) tech company ByteDance hasn't sold the business. Walmart (WMT -0.17%) sees an opportunity. It's partnering with Microsoft (MSFT -0.28%) to make a bid for the app.

Walmart investors might balk at the idea, but here's why Walmart management sees a lot of potential in owning a stake in the social media company. 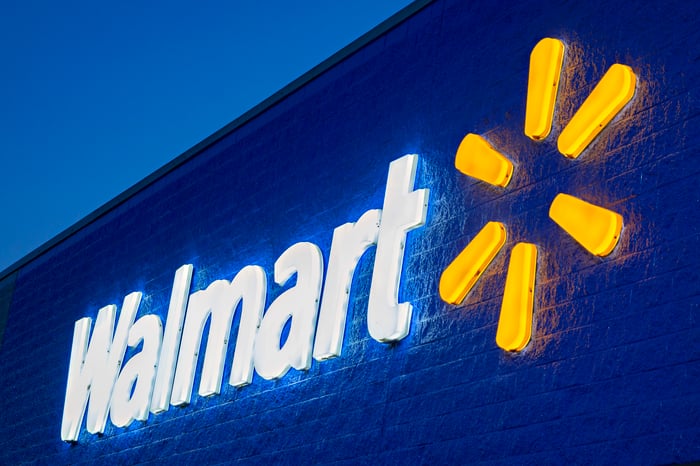 A boost to some existing businesses

Like most social media platforms, TikTok is an ad-supported business. Walmart also has an advertising business. It sells digital advertisements on its website and in-store advertising.

Giving consumer packaged goods companies another advertising surface for their products -- i.e., TikTok -- could be a valuable boost to its ability to sell ads. That said, Walmart sold its Vudu streaming video on demand product earlier this year, so it still has work to do in video advertising sales.

Walmart would also get access to TikTok's data, which it can use for its other digital advertising products. TikTok could be particularly valuable in bringing in younger shoppers to Walmart.com and understanding the products they're most interested in and their shopping habits.

By sharing data between Walmart and TikTok, perhaps with the help of Microsoft's digital advertising technology as well, the company can find real synergies in its business right from the start.

The long-term potential for TikTok looks something like ByteDance's Chinese version Douyin. Douyin has a lot of e-commerce features, providing tools to influencers to help them monetize their presence on the platform. Creators now have the ability to create a store within the Douyin app, which can make scrolling through the app feel like the virtual version of walking through a mall or marketplace.

TikTok started experimenting with e-commerce features in the U.S. last year. It's still well behind Douyin, but it's followed the road map of its sister app so far. Walmart can support a bigger push into commerce on TikTok, and it could be a prime beneficiary as well. Not only is it an opportunity for Walmart to sell more items directly to an audience that's underrepresented in its customer base, but it's also an opportunity to attract more third-party sellers.

Head of Walmart.com U.S. Marc Lore says commissions on third-party merchant sales combined with services like warehousing, fulfillment, and advertising will help offset losses from online grocery order delivery and next-day shipping on many of its low-margin items.

Walmart can bring a lot of value to TikTok. The tech company is already popular with 100 million active users in the U.S. Walmart brings new data and ad sales teams to support its fledgling advertising business, and it ought to accelerate the company's push into commerce. While investors might do a TikTok-video-worthy double-take at the news Walmart's bidding on the social media app, taking a tick to think through the synergies of the deal shows it makes sense.