Fandango may be looking to challenge Amazon and iTunes in the streaming market.

Walmart (WMT 5.11%) has reached an agreement with Fandango, a Comcast (CMCSA -0.52%)-owned movie ticket seller, to sell its Vudu on-demand film streaming brand for an undisclosed price. The service can run on computers, tablets, smart TVs, and a variety of other devices.

Vudu is noted for its high-definition, top-notch streaming quality, winning it a dedicated customer base. It's currently installed on approximately 100 million devices, while its mobile app has racked up 14.5 million downloads, by Walmart's figures. It also offers a "Disc to Digital" service allowing users to upload their DVD and Blu-ray movies for easier viewing. 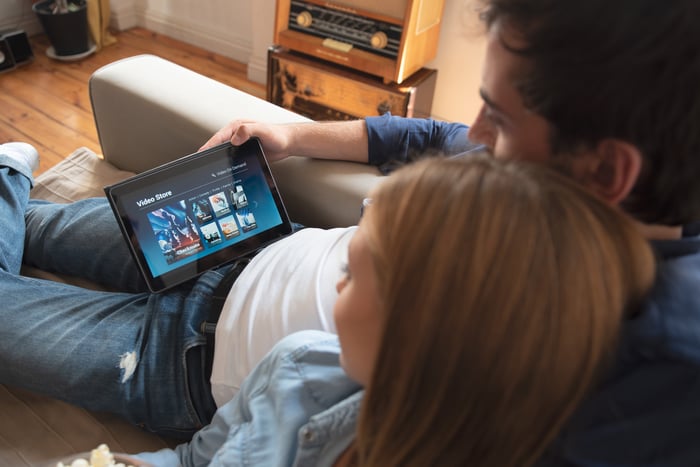 Fandango currently operates FandangoNow, an online video rental and sale service. Presumably, the sale may make it easier for the purchaser to integrate Vudu into both its existing digital infrastructure and its business model. The company bought FandangoNow, then called M-GO, from Dreamworks Animation and Technicolor back in early 2016.

A Fandango spokesman told The Verge it made the acquisition in the hopes of taking its movie streaming services to a larger scale than FandangoNow can provide. The brand may allow it to compete directly against Amazon.com's (AMZN 1.12%) streaming movie service and other major players on an equal footing.

Vudu also announced the acquisition today on its blog, calling the deal between Walmart and Fandango "exciting news." It went on to reassure its users "nothing about the Vudu experience is changing -- your movie [and] TV library is safe, and you will continue to have access to all your Vudu apps across your favorite device." A linked FAQ hinted that Vudu and FandangoNow might eventually merge into a single service but that there would be "no immediate changes."