Investors should look for consistent payout growth in addition to above-average yields.

Juicy growth story stocks are always enticing, but consistent income is an important component of wealth building as well. For investors in or nearing retirement, reliable income is absolutely crucial. After all, this is when you're starting to subtract from rather than add to a nest egg. There's rarely any room for missteps.

With that as a backdrop, investors with retirement on their minds -- regardless of when it may begin -- may want to take a closer look at Procter & Gamble (PG 0.31%), NextEra Energy (NEE -1.23%), and Universal Health Realty Income Trust (UHT -0.33%). They're among the best of the best dividend names to serve as a core holding of a retirement fund. 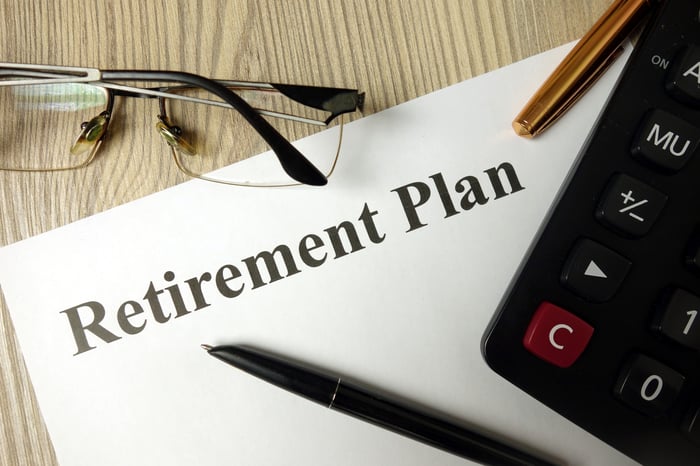 You've certainly heard of the company, but you may be even more of a P&G customer than you realize. Procter & Gamble is now parent to brands ranging from Pampers diapers to Gillette razors to Bounty paper towels, just to name a few. These are consumer staples we all know and use every day, usually without a second thought. This consistent usage is a big part of the reason Procter & Gamble has been able to up its dividend every year for the past 64 years, qualifying it as one of the market's most reliable Dividend Aristocrats.

Granted, the company lost its way for a while a couple decades ago. Realizing it was too big and too trapped in its old ways at a time when the internet was democratizing how customers find and purchase products, Procter & Gamble has spent the better part of the past decade regrouping. Some of that work was the sale of brands that were more of a distraction than a profit center. Other components of the overhaul included the company's foray into digitally minded marketing. CEO David Taylor has repeatedly used the term "smart audiences" to describe P&G's customer segmentation  that ultimately drives more sales through more effective advertising.

Procter & Gamble may never be a high-growth name. It is, however, well-positioned with the right tools and structure to make the most of an economically resilient consumer staples market.

It's not the usual utility stock suggestion made to current or soon-to-be retirees. That honor tends to belong to names like Duke Energy or The Southern Company -- old-school names that have seemingly been around forever. NextEra Energy was only founded in 1984, and still remains a relatively low-profile utility holding.

Don't let the obscurity fool you, though. NextEra Energy is built to last for a couple of different reasons.

NextEra is also built to last, which makes it a compelling pick for retirement accounts. That is, it's quite future-proof, ready to stand up against the inevitable changes the power production industry will increasingly face in the years and even decades ahead. Yes, that's the escalating war on fossil fuels and the pollution they create. NextEra Energy is the world's largest producer of wind and solar energy, with more such projects on the way.

It couldn't be a more apropos strategy. Whether or not Joe Biden is elected president in early November, his clean energy platform  is one that's now coming up on a regular basis during presidential and congressional campaigning. The topic isn't going to fade away. Sooner or later federal mandates will align with most citizens' hope that the nation can move on to more renewables. In the meantime, that transition is happening anyway. While hydrocarbons still produce most of the country's electricity, renewables are gaining ground quickly.

Finally, though how we buy and obtain healthcare may be on the verge of change, one aspect of the business isn't. Telehealth visits are certainly handy,  but, we'll still need to visit a dedicated facility for things like injections, stitches, x-rays, eye exams, and other medical procedures.

Universal Health Realty Income Trust owns 71 different healthcare properties -- mostly medical offices and clinics -- in 20 different states. It's also set up as a real estate investment trust, or REIT, which is a tax-advantaged way of passing along a piece of the rents collected by the company to its shareholders. On this note, not only has Universal Health Realty Income Trust paid a dividend in every quarter since it was founded in 1986, it's raised its payout every year. Not all of those increases have been enormous, but there's much to be said for steady progress over time.

The market certainly hasn't treated the company's stock like the reliable dividend payer it is, and should continue to be. Shares of Universal Health Realty Income Trust are down more than 50% from their February peak and knocking on the door of new multi-year lows, with traders initially unsure of what would become of the REIT in the wake of the coronavirus pandemic and now unsure of where the healthcare real estate industry stands in terms of politics. That sell-off seems mostly rooted in overblown fears, though, setting the stage for a recovery sooner rather than later.