The entertainment giant is already the market's biggest AVOD powerhouse, even if it's not touting the fact.

Much of the television industry's recent narrative has focused on the rise of ad-supported video at the expense of ad-free subscription services like Netflix (NFLX -0.27%). Market research outfit Kantar reports Comcast's (CMCSA -2.77%) Peacock -- which is offered in a free tier -- secured more new subscribers last quarter than any other platform. Streaming service aggregator app developer ReelGood indicates the total number of subscription-based streams fell from the second quarter's 52.3% to 47.5% in the third quarter, while the number of ad-supported streams grew from 25% to 30.8% during the quarter in question.

This trend favors free-to-watch video services and seemingly works against Walt Disney (DIS -2.21%), which not only offers an ad-free, subscription-based Disney+ but also sells for-pay streaming service Hulu. In an on-demand video world where value is an increasingly important purchase factor, it's tough to beat a price of free -- even if that means viewers have to tolerate the occasional TV commercial. 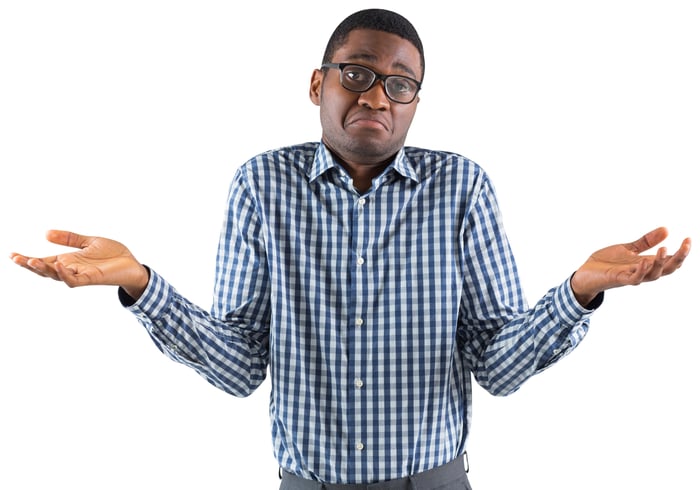 The rise of AVOD

It's called ad-supported video on demand, or AVOD, for short. These platforms have actually been around for some time, but they finally started to reach their full stride this year due to the COVID-19 pandemic and its subsequent shutdowns. Fox Corp.'s (FOX -1.25%) (FOXA -1.09%) free-streaming service Tubi reported 33 million viewers were tuning in at least once per month as of August, up 65% year over year. Comcast's AVOD service Xumo now boasts 24 million monthly users, or two and a half times its January headcount.

Despite the business model's maturation, these ad-supported platform owners and the advertisers utilizing them are at the early stages of the learning curve, except for one: Disney's Hulu.

You read that right. Although most consumers wouldn't realize it if they haven't shopped it, Hulu comes in two versions. The ad-free version starts at $11.99 per month, while the ad-supported tier starts at $5.99 per month.

Walt Disney doesn't disclose many details about its ad-supported version of Hulu, other than indicating the ad-supported tier is its "most popular." But entertainment media analysts have ventured some credible guesses that jibe with one another that illustrate Hulu's strength as an advertising platform. MoffettNathanson Research estimates Hulu did $592 million worth of advertising business during Q3, up from Q2's $546 million, and those numbers are in the same ballpark as eMarketer's, which estimates Hulu is on track to produce about $1.9 billion worth of advertising revenue this year.

Even more impressive is how much more advertising business Hulu is doing with just 32.1 million streaming-only subscribers. That's in line with the customer bases of Tubi and Peacock, but MoffettNathanson believes those rivals collect less than $100 million per quarter -- each -- in ad revenue. Hulu seems to account for about two-thirds of the entire AVOD industry's annual business.

The math adds up

As commanding as Hulu's AVOD leadership is, even more impressive is how much of Hulu's total revenue comes from advertising. It just takes a bit of math to figure it out.

We know the "most popular" tier of Hulu is the $5.99/month version, even if we don't know exactly how many members use this lower-cost option. We also know that Disney pro-rates Hulu's per-user revenue to reflect those subscribers who have purchased the Disney+, ESPN+, and Hulu bundle, also at a modest cost of $12.99 per month. Though we don't know exactly how much this pro-rating lowers Hulu's subscription-based revenue, we know enough to know it can't be an insignificant amount. Moreover, though consumers pay the same price regardless of where they purchase their streaming Disney service, Disney shares a piece of that subscription revenue with third-party sellers.

This is what makes Disney's divulged Hulu data so interesting. As of the end of the third calendar quarter of this year, 32.1 million streaming-only Hulu customers were still each producing $11.39 worth of revenue per month, which is almost the retail subscription price of $11.99. That would put the streaming-only (non-cable) version of Hulu's quarterly revenue somewhere around $1.1 billion.

If eMarketer's and MoffettNathanson's estimates are anywhere close to being on target, advertising accounts for roughly half of Hulu's per-subscriber revenue.

Most noteworthy in this data is that it arguably represents the success of a hybrid model, where platforms are offered in an ad-free/subscription version as well as in an ad-subsidized version. The mix of ad revenue and subscription revenue helps keep consumers' costs relatively low, but without overwhelming viewers with ads. Comcast's Peacock utilizes the same model and appears to be doing well with it. It's got at least 15 million subscribers on board just since its public launch in mid-July. Perhaps this is the approach other streaming service providers should be taking.

Whatever the right model is, Disney's certainly not missing out on the AVOD evolution. It's quietly leading it in its own way.