Even though the biotech sector's coronavirus vaccine efforts have dominated the 2020 news cycle, those stocks don't always beat the market. When it comes to consistent profitability, long-term growth, large competitive moats, and innovation, medical device companies can provide better returns in the long run. In particular, DexCom (NASDAQ:DXCM), Medtronic (NYSE:MDT), and Abiomed (NASDAQ:ABMD) have beaten the NASDAQ Biotechnology Index handily over the last five years. 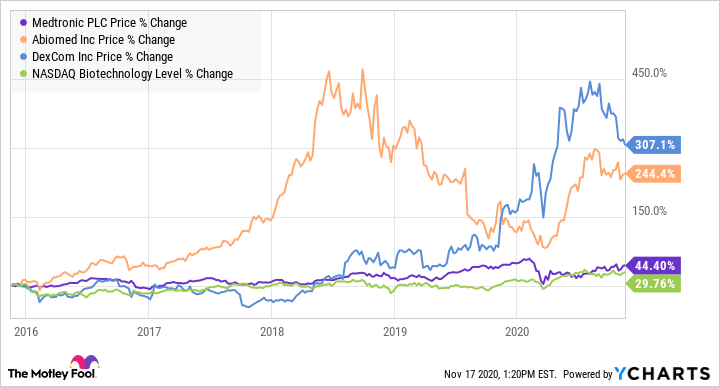 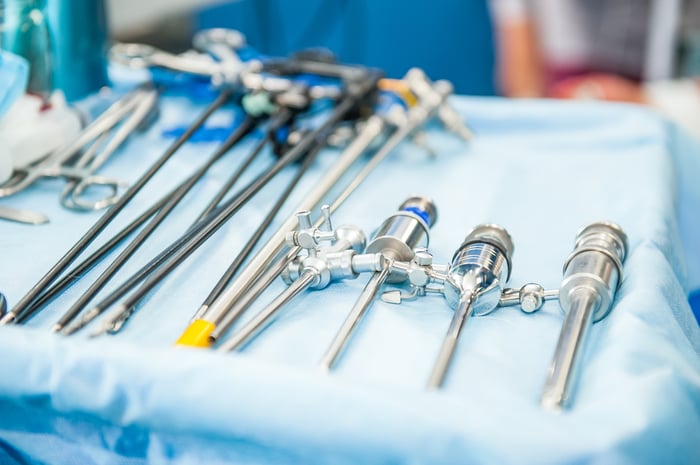 While it expects to eventually face competition from larger players like Abbott Laboratories (NYSE:ABT), Abiomed is the dominant actor in the market for the time being. When the real competition starts, Abiomed will still have a major advantage that others won't: specialization. Few companies will be willing to spend upwards of $98 million per year in research and development (R&D) efforts on cardiac pumps alone.