This device, which is still in development, could help hundreds of thousands of Americans if approved.

Abbott Laboratories (ABT 0.90%) announced on Tuesday its in-development implantable heart pump system received the Breakthrough Device designation from the U.S. Food and Drug Administration (FDA). The Fully Implantable Left Ventricular Assist System (FILVAS) is a device used for patients with advanced heart failure who otherwise would require a heart transplant.

Heart pumps are small devices that pump blood throughout the body similarly to how a regular heart operates. There are more than 6 million Americans that have some form of heart failure, while over 600,000 of them are at a stage where standard treatments, such as medications, are no longer effective. Devices such as Abbott's FILVAS are one possible solution for this group of patients, especially since heart transplants aren't possible for everyone. 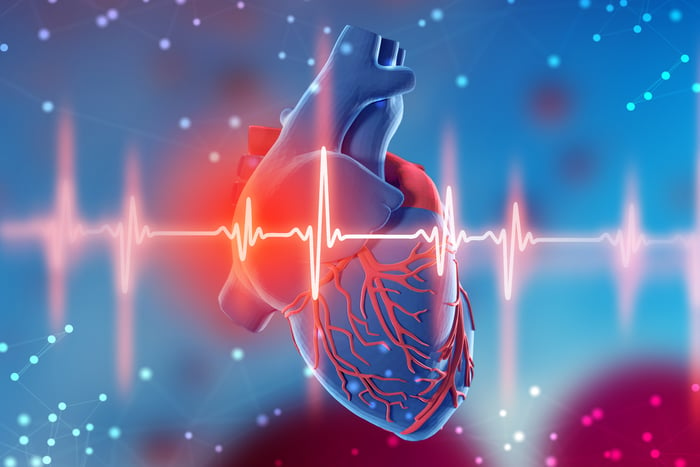 The current generation of left ventricular assist devices are implanted directly into the body and then require an external battery or a charging port. In comparison, Abbott's FILVAS will not require any external components at all. It's a significant convenience factor for patients, who wouldn't need to carry around external components wherever they go.

Abbott has been growing its heart pump business segment since acquiring St. Jude Medical and its HeartMate product line in 2017. This includes the FDA-approved HeartMate 3 LVAD (left ventricular assist device), which is used by patients with advanced heart failure who aren't eligible for a heart transplant.

In December, the healthcare giant also announced that the FDA would allow its HeartMate 3 device to be implanted through a new procedure called lateral thoracotomy, which is less invasive than previous implantation methods, allowing patients to avoid open heart surgery.