Shares of Chinese electric-vehicle (EV) maker Kandi Technologies (NASDAQ:KNDI) were up 10% as of 9:45 a.m. EST on Tuesday. The stock has been on a bumpy ride the past two months, more than doubling before dropping back down after a short-seller report.

Today's move is related to a new strategic business arrangement the company announced. 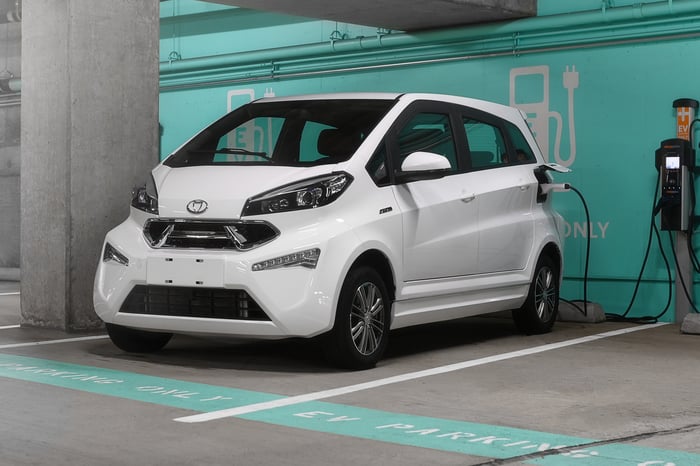 The agreement will consist of the Agricultural Bank of China Hangzhou branch giving Kandi a $76.5 million line of credit that it will use to help fund a plan to add "300,000 government accredited pure electric vehicles" for a new ridesharing program. Kandi announced a trial of the ridesharing program in November, saying it had begun the delivery of 3,500 EVs to two different cities.

Kandi's stock jumped more than 55% in the month of November, but is back at levels prior to gains that resulted from a good third-quarter report and other positive EV sales data from China.

The subsequent drop from November highs came after short-seller Hindenburg Research claimed some of Kandi's sales data was being faked.

Kandi should be considered a speculative investment, even though today's agreement seems to give the company credibility that the Hindenburg report questioned. Speculative stocks can have a place in a diversified portfolio, but they should be portioned accordingly.