Please ensure Javascript is enabled for purposes of website accessibility
Log In Help Join The Motley Fool
Free Article Join Over 1 Million Premium Members And Get More In-Depth Stock Guidance and Research
By Keith Noonan - Apr 5, 2021 at 8:47AM

The EV stock has seen volatile swings, but it's still up 165% over the last year.

Shares of Kandi Technologies Group (KNDI -0.86%) dipped 11.7% in March, according to data from S&P Global Market Intelligence. The Chinese electric vehicle (EV) company announced new product lines in the month, but it sold off in conjunction with a broader pullback of valuations for companies in the EV space. 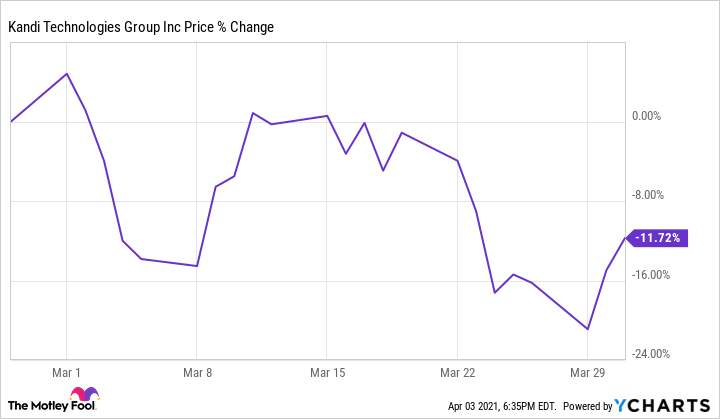 EV stocks have posted incredible gains in recent years, and some companies have been rapidly scaling their businesses, but market enthusiasm for the space wavered in March. Kandi published its full-year results near the end of the month, with sales and earnings falling short of Wall Street's targets, but the company's share price ticked up following the release thanks to encouraging guidance. 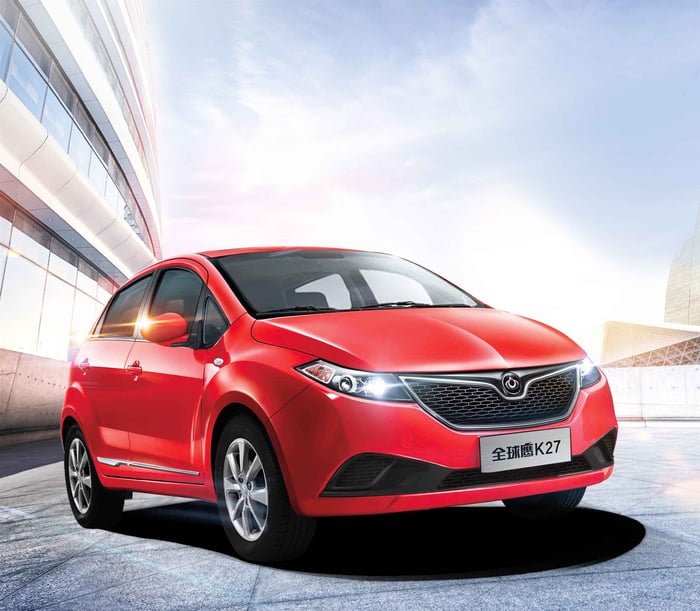 Kandi's U.S. division issued a press release on March 17 announcing the availability of its neighborhood electric vehicles (NEVs) -- cars designed for short trips that are usually a supplemental vehicle for most households. The company's Kandi NEV K23 and NEV K27 models became available for order the same day as the press release and were priced at $22,499 and $15,499, respectively. Kandi also announced on March 24 that it would be moving into the powersports market with upcoming lines of ATVs and bikes.

Kandi then published its fiscal-year results on March 30, posting a loss per share of $0.19 on revenue of $76.92 million in the period. The average analyst estimate had guided for a loss per share of $0.06 on sales of $77.6 million. Sales were down 43.3% compared to fiscal 2019, with a steep drop-off for the company's EV parts segment accounting for most of the decline.

Kandi Technologies stock has regained some ground early in April's trading. The company's share price has risen roughly 3.8% in the month so far. 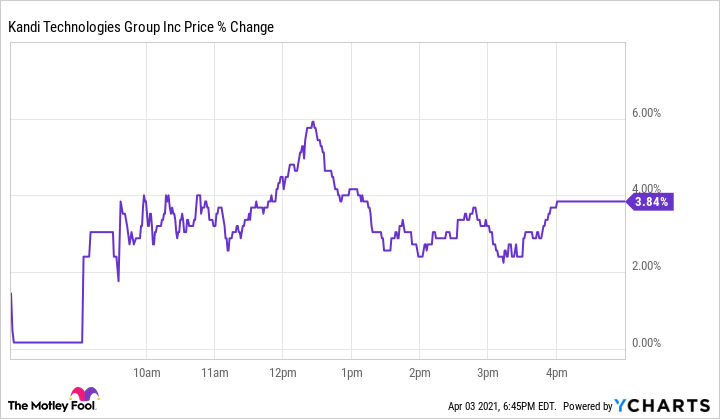 Kandi Technologies has a market capitalization of roughly $489 million and is valued at approximately 3.6 times this year's expected sales.

With revenue declining substantially over the last year, it shouldn't come as a surprise that the company trades at much lower price-to-sales multiples compared to other players in the EV space. However, the company's outlook remains speculative, and investors shouldn't take the company's low P/S values as an indication that Kandi is a low-risk stock.