The EV maker's third-quarter report didn't show the growth that investors were hoping to see.

Shares of Chinese electric vehicle (EV) maker Kandi Technologies (KNDI 0.10%) were trading sharply lower on Tuesday, after the company reported that its sales and margins had declined, and its loss widened, in the third quarter from a year ago.

Kandi reported its third-quarter results before the U.S. markets opened on Tuesday, and investors hoping for growth were mostly disappointed.

The good news was that sales of electric scooters brought in $6.3 million, versus just under $1 million in the third quarter of 2020.

As for the bad news in year-over-year results, there's a list:

While CEO Hu Xiaoming was understandably eager to talk about "surging" sales of Kandi's electric scooters, the grim reality was that the rest of the business had a tough quarter. That's why the stock was falling on Tuesday morning. 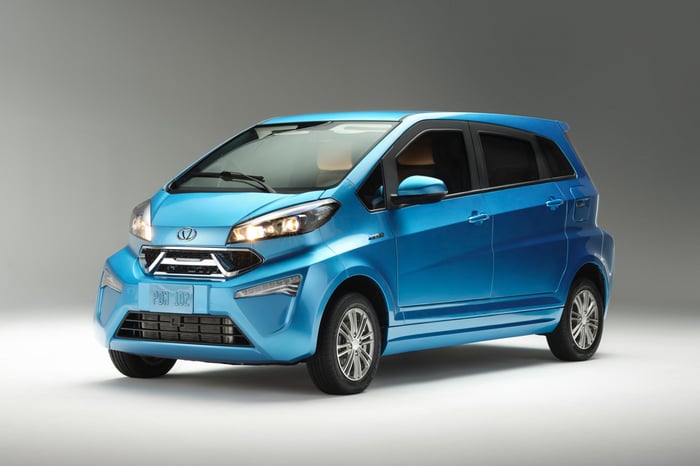 Kandi's K23 is a small electric car with a starting price around $22,500. Sales have not been brisk. Image source: Kandi Technologies.

Unlike with most electric vehicle stocks, there are very few Wall Street analysts covering Kandi. Thomson Reuters reported that just one analyst responded to its pre-earnings survey, and that analyst expected Kandi to report revenue of $38.8 million -- more than twice its actual result.

Kandi obviously missed that estimate by a wide margin, but it was the lack of growth in the actual results -- not the "miss" -- that was driving the stock lower on Tuesday.