FLIR Systems (NASDAQ:FLIR) announced Monday morning that it is being acquired by industrial instruments and software company Teledyne Technologies (NYSE:TDY) in a transaction valued at about $8 billion. Shares of FLIR were up by around 19% as of 11:10 a.m. EST.

FLIR is a maker of thermal imaging cameras as well as defense and industrial threat-detection sensor equipment. 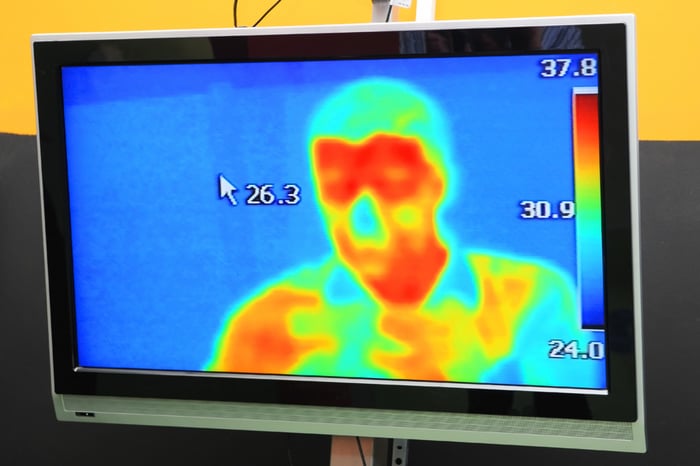 Teledyne said it expects the acquisition will be accretive to earnings in the first full year following the transaction's closing.

Sales of FLIR's skin temperature imaging cameras jumped fairly early in the pandemic, as companies and governments utilized them to rapidly screen people entering buildings for fevers in a bid to reduce the spread of COVID-19. For example, General Motors ordered 377 of FLIR's thermal cameras in May as it prepared to restart its suspended manufacturing operations.

Sales growth in the company's industrial technologies segment progressively increased from 1.9% year over year in the first quarter to 5.5% in the second and 9% in the third.

FLIR's board of directors fully supports the transaction, and Chairman Earl Lewis said the complementary sensory technologies of both companies will spur further growth. In an announcement of preliminary fourth-quarter and full-year results today, Teledyne said it expects to see record quarterly earnings per share, and raised its estimate 17% over previous estimates.