Please ensure Javascript is enabled for purposes of website accessibility
Log In Help Join The Motley Fool
Free Article Join Over 1 Million Premium Members And Get More In-Depth Stock Guidance and Research
By Rich Smith – Updated May 6, 2020 at 12:21PM

FLIR met expectations in Q1. That's about the most that can be said, for now.

Shares of FLIR Systems (FLIR) are hot, hot, hot! And they were even hotter this morning.

Shares of the infrared camera maker shot up more than 15% in early trading Wednesday before falling back to enjoy a more modest 10.1% gain as of 12:30 p.m. EDT. Surprisingly, these gains come after an earnings report that wasn't all that surprising at all. 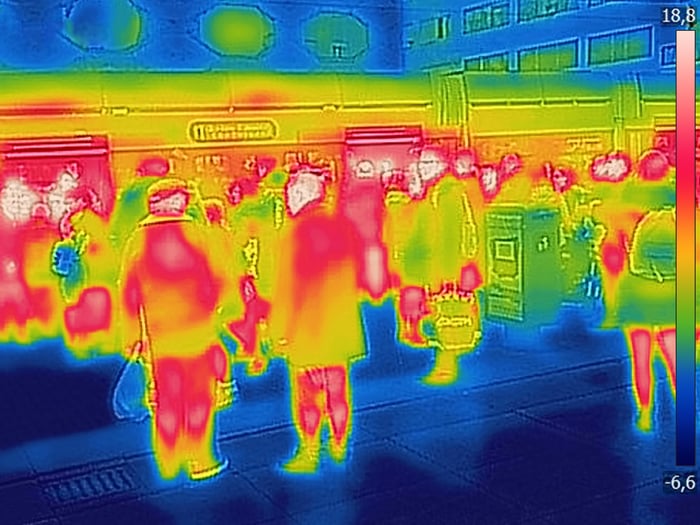 This morning, FLIR reported first-quarter 2020 sales of $450.9 million, just 3% ahead of what analysts had expected it to produce. Pro forma profits for the quarter, meanwhile, were precisely what analysts had predicted: $0.42 per share.

Sales growth was a mere 1.4% over the prior-year quarter, despite rumors that FLIR's products might be becoming more attractive to manufacturing companies seeking a way to quickly scan their employees for signs of infection with the novel coronavirus, like fever. Moreover, despite an impressive pro forma earnings number, FLIR's actual earnings as calculated according to generally accepted accounting principles (GAAP) were just $0.11 per diluted share -- down 76% year over year.

Of course, none of that sounds particularly impressive -- at least not so impressive as to necessitate a 10% rise in stock price, much less a 15% gain. So what is it exactly that has investors so excited about this stock today?

Consider: Amazon's announcement that they would begin using thermal cameras to scan their workforce for coronavirus (which sparked theories that other companies would follow suit) only came out in late April -- nearly a month after FLIR closed its books on its first quarter. Since then, says FLIR CEO Jim Cannon, the company has seen "increased demand for our thermal cameras for use in Elevated Skin Temperature—or EST—screening" on top of the "record" backlog it achieved in Q1.

"While it is still too early to estimate longer term demand for our EST screening technology," Cannon says, "sales of these products have [already begun to] offset other headwinds to our business resulting from the pandemic." So although FLIR's performance in Q1 was unimpressive, and although management gave no specific earnings guidance today, investors may be assuming that going forward, FLIR's numbers will look a whole lot healthier than they did in Q1.