Ford Motor Company (NYSE:F) said its U.S. sales fell 9.8% in the fourth quarter from a year ago, as supplies of its best-selling pickups were extremely tight following factory shutdowns earlier in 2020.

For Ford investors, the results are a mixed bag. The decline in overall volume (and particularly the lost pickup sales) will hurt fourth-quarter results, but there are some reasons for optimism as we dig into the numbers. 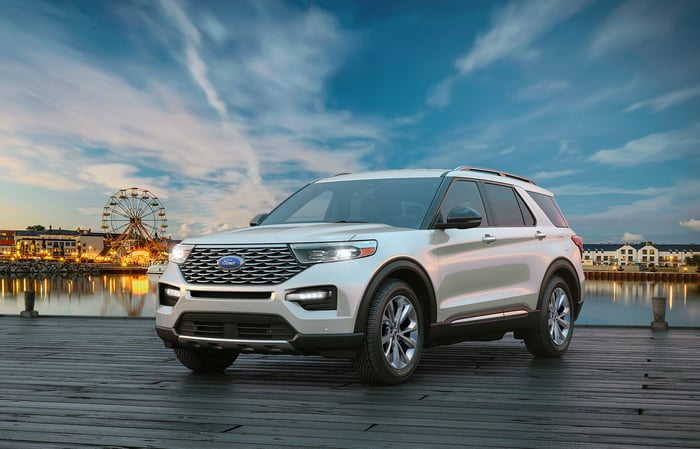 Ford's all-new 2021 F-150 began arriving at dealers in early December. That was too late to boost fourth-quarter sales numbers, but things should get better in 2021. Image source: Ford Motor Company.

Simply put, the lost pickup sales will hurt revenue, profits, and Ford's operating margin in North America. Strong Explorer and Expedition sales, and the relatively good sales of trucks and SUVs at retail, will offset that somewhat. But investors should expect Ford's fourth-quarter profit to be fairly thin.

The good news for auto investors holding Ford's stock is that things will get better in the first quarter -- probably a lot better. While Ford's brand-new F-150 was in extremely short supply in the fourth quarter, the new trucks that did get to dealers were selling very quickly, spending an average of just six days on dealer lots. That suggests that demand is strong, and that sales will be good as Ford gets more trucks to dealers.