Please ensure Javascript is enabled for purposes of website accessibility
Free Article Join Over 1 Million Premium Members And Get More In-Depth Stock Guidance and Research
By Adam Levy - Jan 12, 2021 at 8:56AM

We could be in for further consolidation among streaming TV OS providers, and Roku will benefit.

More smart TVs sold in the U.S. and Canada last year came with Roku ( ROKU 3.06% ) OS pre-installed than any other operating system. The company outsold Samsung for the first time in its history, and also bested other manufacturers with their own operating systems like Vizio and LG.

Roku claims its streaming TV OS is running on 38% of the U.S. market and 31% of the Canadian market last year. Despite competition from legacy manufacturers and big tech challengers like Amazon ( AMZN 2.80% ), the market's moving toward greater consolidation. And Roku's positioned itself as the de facto TV OS. 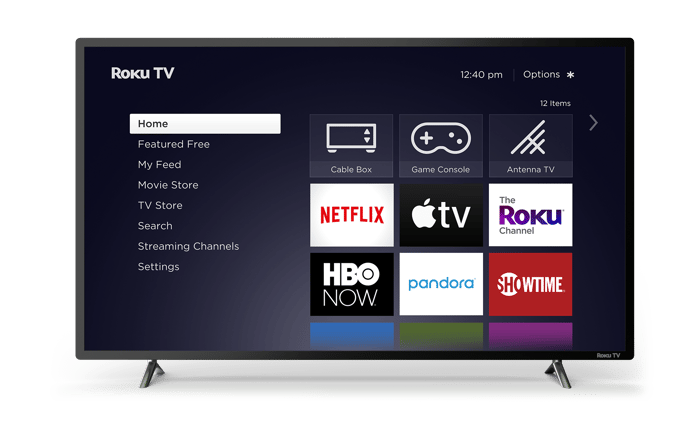 It's expensive to maintain an operating system

There's a reason the vast majority of smartphone manufacturers license an operating system instead of building their own in-house: It's expensive.

And while television operating systems aren't necessarily as complex as a smartphone OS, the computing constraints of television hardware present their own challenges. As such, companies with smaller shares of TV sales are less inclined to maintain their operating system as they can't amortize the expense over a large customer base. Licensing an OS like Roku is a much more economical solution.

So as sales consolidate to just a few names, more manufacturers will opt to license Roku. Indeed, we've seen that play out so far, as Roku continues to add partners to its portfolio. And as it gains market share, even from the big three, it may have the opportunity to flip one or two of the large remaining manufacturers.

Roku CFO Steve Louden says he's confident the market is moving toward one main TV OS with one or two alternatives. He sees it playing out similar to the smartphone market, where the vast majority of manufacturers license Android. With Roku's commanding lead over other third-party operating systems, it's well-positioned to remain there long-term.

One area of concern some investors have had recently is that Roku's manufacturing partners have started partnering with some of its competitors. There are two factors that can mitigate that trend.

First, Roku can provide more opportunities to increase sales. It works with retailers to win prime shelf space, and it can afford to spend significantly on marketing because of its strong monetization. It generated $27 per user over the four quarters ending in September, and half of that period saw a major pullback in ad spend. As that number increases, Roku can put more money behind its marketing and retail partnerships.

Meanwhile, retailers are more hesitant to partner with Amazon, due to being in competition with Amazon's core e-commerce business.

The second area where Roku can increase loyalty is by developing support in more international markets. That's an area Amazon has been well ahead of Roku for years now. Roku develops its TV tuner technology in-house, which varies from region to region and takes more time than using an off-the-shelf solution.

Additionally, some countries have their own requirements, Louden points out, such as closed-captioning support in the United States. As a result, it's slower to introduce Roku TV products in more markets. But it's made big international investments over the last couple of years, and its international presence will continue improving.

As Roku supports its licensed operating system in more countries, it can win more backing from manufacturers. It's likely more cost-effective for manufacturers to focus exclusively on one operating system, and Roku's sales record and support put it in a position to do that, as long as it can provide its OS in every country a manufacturer wants to sell.

The advantage of owning the television

Roku's growing share of the smart TV market is important because it's a very advantageous position compared to Roku's devices that plug into existing television sets.

Roku's able to monetize Roku TV users better than its device users. And there are a couple of simple reasons that's the case. First, a Roku TV will always boot up the Roku home screen when you turn it on instead of the last channel or input you left. That means more opportunities to engage users or show them ads.

Second, owning the entire TV experience provides additional data Roku doesn't have access to through its devices. For example, it uses audio content recognition to determine what shows, movies, and commercials users are watching on linear TV. Those data are useful for its ad business and content recommendations.

That said, there's not much standing in the way of a consumer buying a smart TV and adding their own device from Roku, Amazon, or any other tech company. But there's a lot of value in being the default option, and low switching costs will not fully discount that. Roku will add high-value accounts just by being baked into new smart TVs.

Roku should see its share of the smart TV market continue to improve as fewer competitors find it economical to maintain their own OS and it expands support internationally. That should further bolster strong overall account growth.