Please ensure Javascript is enabled for purposes of website accessibility
Log In Help Join The Motley Fool
Free Article Join Over 1 Million Premium Members And Get More In-Depth Stock Guidance and Research
By Adam Levy - Jan 23, 2020 at 9:30AM

The domestic connected-TV leader is hoping to catch up to its rivals internationally.

Roku (ROKU -5.36%) highlighted international markets as one of its big areas of investment for 2019. Management warned, however, that the investments in those markets won't show up in its results until 2020.

2020 is here, and Roku is ready to capitalize on all the retail, content, and manufacturing relationships it started building last year. Its first big expansion is in Brazil, where the company just announced partnerships with AOC and Globoplay for new smart TVs.

Brazil represents a sizable opportunity for Roku. It's one of the largest markets in Latin America, and it could be a stepping stone for Roku to other countries in the region. Meanwhile, Amazon (AMZN -1.51%) still doesn't provide full support for Fire TV in Latin America. Focusing on markets where Amazon doesn't have as big of a presence could help Roku catch up with its biggest rival in international users. 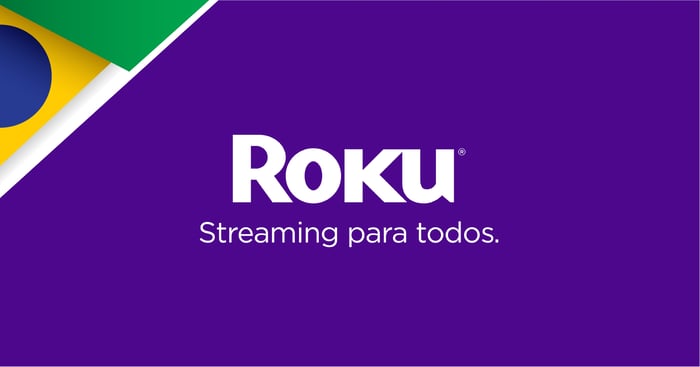 Roku's revenue is highly concentrated in the United States. Over 90% of its combined device and platform revenue comes from its home market.

While Americans are notorious couch potatoes, the streaming video and digital advertising industries that Roku operates in are much less concentrated. Netflix, for example, counts more than 1.5 times as many international subscribers as domestic. Alphabet, which generates the vast majority of its revenue through digital advertising, generates more than 50% of its revenue outside of the United States.

Roku expects the strengths that enabled it to succeed in the United States to translate well into international markets. "Our purpose-built OS, engineering expertise, OEM partnerships, and free TV capabilities are among the many factors that we expect to contribute to our ability to attract content providers and consumers, and quickly build scale in new markets," management wrote in its third quarter letter to shareholders. Indeed, the company is taking advantage of all of those aspects in its entry into Brazil.

Roku accounts for one in three smart TVs sold in the United States. In the rest of the world, its share is less than 5% of sales. Google's Android TV accounts for more than twice the sales of Roku. Building out a presence in international markets like Brazil by partnering with manufacturers, retailers, and content providers ought to flip those numbers.

Catching up to Amazon

Expanding internationally is key for Roku to catch up to Amazon. The streaming platform rival surpassed Roku's user count near the end of 2018, and Amazon's lead expanded throughout 2019. That said, there are signs of slowing growth for Amazon.

Roku, however, maintains a substantial lead in both users and engagement in the United States. Establishing a larger presence in international markets, particularly those without a massive presence from Amazon, should enable Roku to start playing catch-up.

Having a large global presence will give Roku additional negotiating power when it comes to distribution agreements with media companies. That could enable it to produce higher margins for its platform business through greater revenue shares.

Entering Brazil is a big step for Roku's international expansion plans in 2020, and it might be just the start.