Please ensure Javascript is enabled for purposes of website accessibility
Log In Help Join The Motley Fool
Free Article Join Over 1 Million Premium Members And Get More In-Depth Stock Guidance and Research
By Billy Duberstein - Mar 16, 2021 at 6:45AM

Amid last year's economic downturn, these three companies held up just fine. And if the tide goes out again, they should keep performing well.

In his 1992 letter to Berkshire Hathaway (BRK.A -2.26%) (BRK.B -2.53%) shareholders, Warren Buffett coined the phrase, "It's only when the tide goes out that you learn who's been swimming naked." The initial quote was a reference to the insurance industry, which had been hit hard by claims relating to Hurricane Andrew that year. As Berkshire Hathaway is a large insurer itself, he sought to contrast its conservative underwriting posture with the business styles of its competitors.

Yet Buffett takes the "swimming naked" ethos beyond his company's insurance operations to its stock investments too, which is why he tends to select wide-moat companies, often with stellar balance sheets, and trading at low-to-reasonable valuations. You'll find several "well-clothed" businesses that survived and even thrived during the pandemic in Berkshire's current portfolio.

Amid today's market volatility, those in or near retirement -- or really, anyone looking for safe-haven stocks -- would benefit by adding these three to their portfolios. 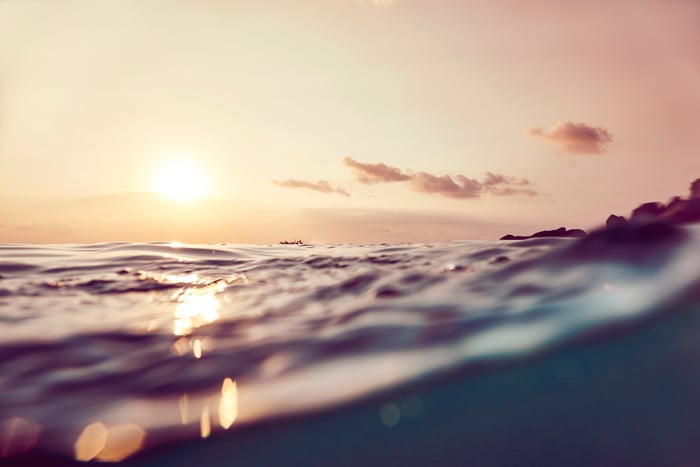 These safe haven stocks will get you through stormy seas. Image source: Getty Images.

If I had to pick the safest stock in the market today, I might very well name Microsoft (MSFT -4.55%). It has just about every attractive trait that a single stock can possess: Its business is diversified -- in this case, across operating systems, software, cloud infrastructure, social media, and video gaming. Each one of these lines is a growth business, and most generate recurring subscription revenue that comes in during both good economic times and bad. Moreover, each of these business segments is highly profitable, and they require relatively little capital investment in order to grow.

Last quarter, Microsoft's revenue accelerated by 17% year over year, and with such a capital-efficient, large-scale business, a good amount of that incremental revenue went straight to the company's bottom line. Operating income grew by an even more impressive 29%, as operating margins expanded from 37.6% a year ago to 41.5%. Thanks to share buybacks, earnings per share increased by 34%.

A business like Microsoft could make use of leverage if it wanted to, but it also has a terrific balance sheet, with $132 billion in cash against just $60.5 billion in debt. That leaves it with plenty of cushion against a big downturn in the market, and if one arrives, Microsoft could buy up its own stock at a discount, or make opportunistic acquisitions. CEO Satya Nadella's purchases of LinkedIn in 2016, Github in 2018, and Bethesda Studios parent Zenimac Media just last week all look like winners, diversifying Microsoft further beyond its core cloud and software businesses, which also have many years of growth ahead of them.

Compared with other newer, unproven-yet-high-flying SaaS names that thus far have little to show in the way of earnings, Microsoft's P/E ratio of 35 looks downright cheap.

Then there's the dividend: The payout should increase by double-digit percentages annually for the foreseeable future. So, while it only yields 1% at current share prices, you can consider the dividend as a cherry on top of this growth stock sundae. 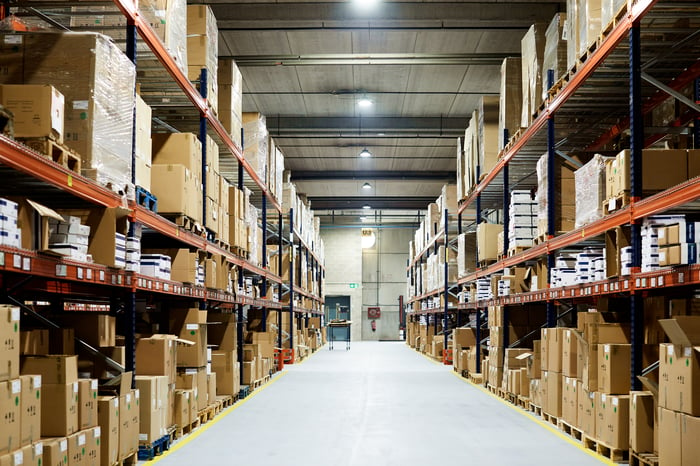 Another recession-proof company is Costco Wholesale (COST -12.45%). Its warehouse club business model -- under which members pay an annual fee for access to its stores -- enables it to offer a wide array of products at near-breakeven net margins, from fresh groceries and clothes to high-end TVs and even engagement rings.

Those tight margins make its prices almost impossible for its competitors to beat. As Costco grows, it becomes more efficient and can lower its product costs, which allows it to lower prices, which attracts more members in a virtuous circle.

And unlike many other discount retailers, Costco pays its employees quite well. In fact, it just raised its minimum salary for entry-level workers from $15 to $16. However, this is coming after a year when it was already giving workers $2 extra per hour in COVID-19 bonuses. Those bonus payments will end as the new higher minimum salaries kick in, so Costco will actually be spending less on wages in 2021.

Of course, last year wasn't too shabby either. Even with the added COVID-19 mitigation costs and the bonus payments, the retailer's profits still increased. Consumers continued to flock to Costco in the pandemic, with the company's average ticket per transaction increasing by double-digit percentages on top of light increases in store traffic. Moreover, sales via Costco's e-commerce channels grew 75.8% last quarter, and have gained ground at an even higher rate since year's end.

With a deep moat ensuring it can offer extremely competitive prices on a wide variety of consumer staples -- as well as some fancier consumer discretionary products -- Costco's business should hold up in good times and bad. The shares are currently trading at a P/E of 33, and its dividend payout yields 0.85%. However, thanks to strong international growth prospects, Costco's profits should continue to grow for years to come. And in November 2020 -- as it has done every few years -- it rewarded shareholders with a special dividend, in this case distributing an extra $10 per share (a yield of 3%). 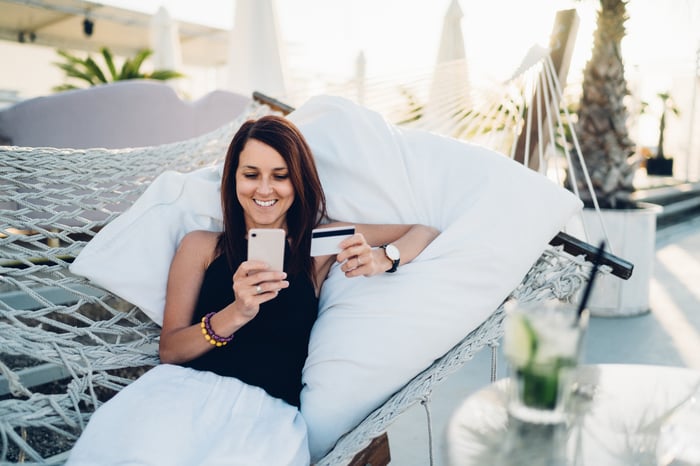 Financial industry companies are sometimes viewed as cyclical, in that they are highly sensitive to economic conditions, which is many investors lose their taste for the sector during downturns. However, Buffett favorite American Express (AXP -3.55%) is a financial brand that has stood the test of time since 1850, and still looks to have solid growth prospects. It has evolved over the years -- today, it's largely a credit card network that also makes loans.

American Express should withstand "the tide going out" due to its risk-off business model and a core customer base that consists of well-off prime consumers and businesses.

While American Express is regulated as a bank, and has to keep relatively high capital levels, it only makes about 22% of its revenue from loans. The other 78% comes from a mix of discount fees on all card transactions, annual card fees, and other fee-based service revenues. Yet even the credit metrics on Amex's loans held up terrifically during the pandemic, thanks to its focus on prime customers. After setting aside large loan loss provisions in the first and second quarters of 2020, American Express released more than a third of those extra reserve funds in the third and fourth quarters, having concluded that it would not need them.

2020 could have been the perfect storm for American Express, with people quarantined and unable to spend, especially on Amex's bread-and-butter travel franchise, as well as due to the country's sharp spike in unemployment. However, Amex remained profitable every single quarter last year and maintained its dividend.

Although Buffett reduced his holdings in a number of bank stocks last year, he didn't sell a share of American Express, a position Berkshire Hathaway initially took via convertible preferred stock in 1991. It converted those preferred shares into common stock in 1994, and even added to the stake that year.

With a world-class aspirational brand, prime customers, and a low-risk business model, Amex is another "tide" stock that investors don't have to worry about holding in their portfolios. And it's a great reopening play as well.