Some are concerned about inflation as the U.S. passes $5 trillion in fiscal stimulus since the pandemic began last March. Here are four solid stocks you can own to allay those fears.

The past year has been a wild one. The coronavirus pandemic dramatically impacted our lives, bringing with it a drastic increase in fiscal spending. Since last March, Congress passed the $2.2 trillion CARES Act; an additional $900 billion of relief aid in December; and most recently the American Rescue Plan, totaling another $1.9 trillion in stimulus.

This massive fiscal spending has some market watchers concerned about inflation. In January, Fannie Mae warned about the potential effects inflation could have on the economy in 2021 and beyond, and former Treasury Secretary Larry Summers and former International Monetary Fund Chief Economist Olivier Blanchard have expressed concerns as well.

When inflation becomes a problem, one way the Federal Reserve responds is by raising interest rates to cool down the economy -- and some companies can weather a higher-interest rate environment better than others. Because inflation is hard to predict, it is important to focus on well-run companies that navigated the global pandemic well and would also perform well with rising interest rates. Here are four great companies for you to consider. 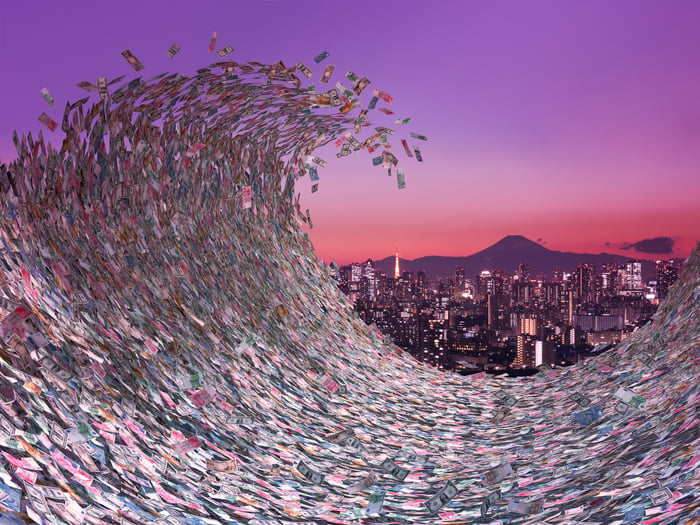 One industry that benefits from rising interest rates is banks. That's because banks make money off the net interest spread -- the difference between interest rates on deposits and interest rates the bank can receive in the open market.

U.S. Bancorp (USB -0.06%) is one of the best-run banks in the U.S., but it struggled in 2020, along with many of its peers, due in part to a lack of investment banking operations. The bank should benefit from the economy reopening, though, giving management optimism about loan growth during the year. It's also optimistic about an upturn in corporate activity, which should spur corporate loan growth, as well as increased credit card spending by consumers.

Investors have typically paid a premium for U.S. Bancorp. Over the past 10 years, the bank's ratio of price to tangible book value (P/TBV) has averaged 2.5. At its current P/TBV of 2.4, the bank looks cheap, especially when you consider that it outperformed many banking peers across key metrics in 2020. The company has billions of dollars in capital above regulatory requirements, which puts it in prime position to benefit from the economic reopening.

Glacier Bancorp (GBCI 0.66%) is a regional bank with a footprint in the Rocky Mountain and Southwest regions of the United States. It's positioned in the four fastest-growing states in the U.S. in 2020 -- Idaho, Arizona, Nevada, and Utah. As it expands its footprint in the region, this is another bank sure to benefit from higher interest rates.

The bank benefited from the Paycheck Protection Program (PPP) in 2020, and should continue to reap rewards in the first two quarters of this year as the SBA forgives more of these loans. Glacier's PPP participation generated $93.4 million in fees and interest revenue, and record mortgage production helped the bank see another $99.5 million in revenue from gain on sale of loans. As a result, Glacier generated a record income of $266 million in 2020, and has put these added funds to work. The bank has been able to utilize these funds to purchase debt securities, while cautiously keeping an eye out for rising interest rates. Management is prepared to put more of its capital to work as yields improve, making it another solid choice if inflation were to pick up meaningfully.

Insurance is another industry that benefits from rising interest rates. That's because insurance companies invest excess capital from their usual underwriting activity to generate interest income, which can help boost their top and bottom lines.

Progressive (PGR 0.52%) is one of the best in the game. While Progressive is less reliant on investment income than competitors, it would still welcome a rising-interest rate environment.  That's because the company has a $43.3 billion investment portfolio, which generated 2.2% of total revenue in 2020. The portfolio would likely provide a bigger boost as interest rates rise.

Best of all, the insurer has posted stellar growth rates for a decade now. Since 2010, Progressive has grown its earned premiums at an annual rate of 10.4%, which helped net income grow annually at 18.2%. The company also posted stellar results in 2020, growing premiums earned by 8.5% while net income grew 43.7%. It also had another great year managing risk, posting a combined ratio -- a measure of an insurer's profitability -- of 87.7% during the year. A ratio under 100% indicates the insurer is writing profitable policies.

The company is well-known for its investments in telematics, meaning its logging of driver information to help it write better policies. Its leadership in this space, combined with its stellar underwriting standards and its position to take advantage of higher interest rates, is why this insurer is another solid option.

Chubb (CB 0.06%) is another company in the insurance industry that would benefit as rates increase. Chubb is more reliant on investment income than Progressive, since it makes up 9.4% of its total revenue.

Chubb, the world's largest property and casualty insurer, was hurt in 2020 by the global pandemic, wildfires, flooding, and civil unrest. The company navigated a hardening insurance market in 2021, which saw insurers pay increased payouts and raise premiums in response. Its strong capital position puts it in place to take advantage of a favorable market for insurers in 2021. Another plus is that it's a Dividend Aristocrat, having increased its dividend payout 26 years in a row, and yields nearly 1.8% while achieving an easily managed payout ratio of 39.3%.

We can't know if or when inflation will pick up in the near future. All we can do is stay the course and have some exposure to those companies that would benefit from an inflationary environment, and thus a rising-interest rate environment. The four companies above are all well-run companies that look to post strong performances in 2021, and would benefit from a higher interest rate to boot.