Please ensure Javascript is enabled for purposes of website accessibility
Log In Help Join The Motley Fool
Free Article Join Over 1 Million Premium Members And Get More In-Depth Stock Guidance and Research
By Courtney Carlsen - Updated Feb 10, 2021 at 10:24AM

The bank is well-run, but its stock failed to perform in 2020 compared to its peers. Is now the time to buy?

Like its peers, U.S. Bancorp (USB 1.86%) had a tough 2020 because of the coronavirus pandemic and the economic uncertainty that came with it. U.S. Bancorp remains a well-run bank, and it hopes to use its well-fortified capital position to take advantage of a return to normalcy. However, that didn't help investors much last year -- the bank underperformed the broader market and the banking sector because its focus on commercial banking meant it had limited options for cushioning the blow.

Now that better times appear to be on the horizon, is this the time to buy U.S. Bancorp? 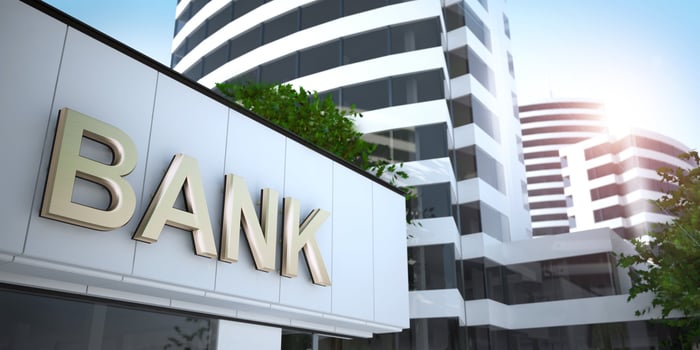 The extreme volatility the banking industry saw in 2020 was a little easier on institutions with investment banking features such as underwriting, trading, and mergers-and-acquisitions advising. That's not what U.S. Bancorp is known for, and its stock lagged those of its high-profile peers. But the future for the bank looks much brighter. What U.S. Bancorp does well is focus on risk management by maintaining strong credit quality. This emphasis on quality loans and conservative loss provisions is one reason U.S. Bancorp is known as one of the best-run super-regional banks in the country.

During the onset of the pandemic, U.S. Bancorp set aside more capital for potential loan losses than most of its peers to ride out the economic impact from economic shutdowns. And as the pandemic unfolded, the bank recognized a low rate of net charge-offs and non-performing assets. Its charge-off ratio dropped from 0.66% to 0.58% in the most recent quarterly earnings report, with improvements coming from commercial loan and credit card loss rates.

U.S. Bancorp also does well compared to its major competitors when it comes to a few key metrics, like return on assets and return on equity. These ratios all show U.S. Bancorp outperforming its competitors, with the exception of JPMorgan Chase, which is in a class of its own.

Opening up the economy will benefit the bank

U.S. Bancorp management sees an opportunity to be more flexible with its core Tier 1 capital ratio, which has grown to 9.7% due to the bank's capital preservation effort. A high Tier 1 ratio is a good thing because it means the bank is better equipped to deal with uncertainties. However, a ratio that's too high could mean management is being too conservative when it comes to putting capital to work. Given U.S. Bancorp's solid return on equity, this still is not too much of a concern -- but management still wants to get this ratio down to 8.5% to 9%, which is more in line with historical norms.

As the economy reemerges from the coronavirus pandemic and economic activity returns to some sense of normalcy, management is optimistic about loan growth. In its recent quarterly earnings announcement, management mentioned how much liquidity is tied up in corporate America -- due largely to Federal Reserve actions to combat the pandemic-related shutdowns, which encouraged borrowing at historically low rates. U.S. Bancorp believes its opportunity will come from corporations utilizing that liquidity for capital expenditures and mergers and acquisitions.

An increase in credit card spending will be a tailwind for the bank as well. With most credit card spending on transactions only, many consumers aren't using the balances on their credit cards. This is expected, as many are still working from home and travel remains limited. Management isn't getting too excited, however. U.S. Bancorp CFO Terrance Dolan mentioned that a key driver of revenue in this area -- entertainment and travel -- may still remain subdued for the better part of 2021.

A good company with a reasonable valuation

U.S. Bancorp has a reasonable price-to-earnings ratio of 15.6, below Bank of America and Wells Fargo and just ahead of JPMorgan Chase. Its price to tangible book value shows more of a premium, just under 2 -- up there with JPMorgan and well above Citigroup and Bank of America. However, while these banks are trading near their historical norms, U.S. Bancorp is trading at a discount relative to its 10-year average of 2.5. Investors have usually been willing to pay more for U.S. Bancorp because of its operational skill, and I see no reason for that to stop now.

As the economy reopens and a sense of normalcy returns, U.S. Bancorp continues to be one of the best-run banks in the U.S. and should prove to be a solid long-term investment for patient investors.