The company is great at underwriting insurance because of tight control over its combined ratio and less reliance on investment income than competitors, leading to higher profit margins.

Progressive (PGR 0.99%) is a great company because it has shown mastery at an insurer's core competency: underwriting. It generates the majority of its profits from simply keeping more in premiums than it pays out in claims -- and it's kept up its stellar performance while other insurers have found that their secret sauce to turning higher profits isn't working quite as well this year.

You see, it's not uncommon for insurers to boost revenue by underwriting policies and then reinvesting those funds in various instruments such as U.S. Treasuries, municipal bonds, and corporate debt. With interest rates near zero, some property and casualty insurance companies less skilled at underwriting are facing issues. But Progressive's discipline has been a key driver of its growing earnings, and it has made this stock a winner for investors as well. 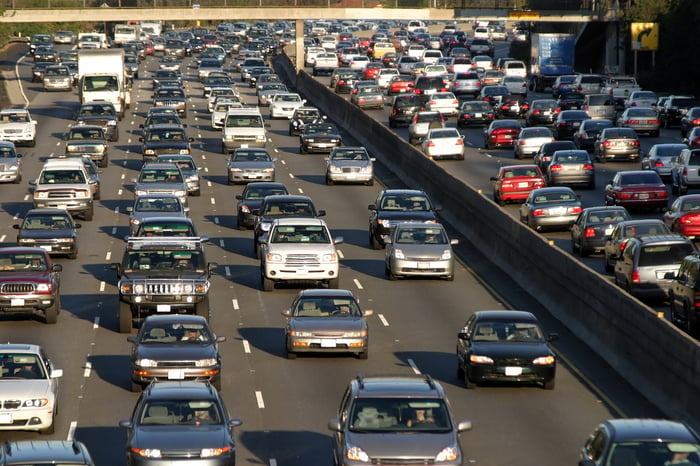 Progressive is a leader in the insurance industry, which shows in profit margins that have hovered between 6% and 10% in recent years. The company doesn't rely on investment income as much as its competitors -- and this is critical in the current economic environment, with the Federal Reserve recently announcing it will keep interest rates near zero through 2023.

Less reliance on investment income helps bolster Progressive's profit margins against these industry competitors as well. In the past 12 months, Progressive has a 10.9% profit margin, outpacing Allstate, Chubb, and Travelers, which have seen profit margins come in at 10.3%, 6.3%, and 5.8%, respectively.

Progressive and Allstate seem to have an edge on Chubb and Travelers, and that's for a good reason. Chubb and Travelers offer a wide array of insurance options, while Progressive and Allstate focus primarily on auto insurance. The auto insurance industry has benefited greatly from a drastic reduction in the number of vehicle miles driven due to COVID-19 restrictions, resulting in fewer claims -- and boosting the bottom line for these companies.

However, Progressive still has an edge on Allstate because it has proven to be more effective at the core of its business -- underwriting good insurance policies. So what is it that Progressive does to generate high profit margins and rely less on investment income?

Tight control over the combined ratio

Combined ratio is a key insurance metric that measures a company's profitability and operating performance. Many insurance companies believe that the combined ratio is the best measure of success because it does not include investment income -- instead, it only includes profits earned through efficient management.

In the second quarter, Progressive turned in a combined ratio of 87.7%, down from 90.4% from one year ago. The drop was helped by fewer claims due to a reduction in vehicle miles driven, as mentioned earlier. This is important, because fewer miles driven means that fewer claims are paid out -- which suggests that the current drop in the combined ratio may be temporary, providing a temporary boost to the company's bottom line.

One reason why Progressive has performed so well is its early investments in telematics -- or electronic logging technology that helps it write better policies by using driver data. Progressive adopted telematics in its commercial auto policies initially through Snapshot, and the company has expanded this into its commercial insurance policies -- offering discounts to companies that share their driving data with the company. The company's early investments in telematics has paid off, which shows in its stellar combined ratio.

According to S&P Global Market Intelligence, Progressive hasn't had an annual combined ratio over 100 since 2000. Meanwhile, Allstate last saw a combined ratio over 100 in 2011. Progressive has also kept this ratio below 95 since 2016, which has helped top- and bottom-line growth. Over the past five years, the company has seen revenue grow 15% annually while earnings per share grew 25.5% annually. This has made investors very happy, as the stock price has grown at a compounded rate of 26% over five years.

Progressive has gone on to report a combined ratio of 83.5% in July and 92.6% in August. This uptick in August is to be expected as more drivers hit the road, but it still remains below the ratio from the same month last year. Investors will want to pay close attention to the company's combined ratio going forward as COVID-19 restrictions are slowly lifted across the country, which could lead to more claims.

However, Progressive continues to show great control over its combined ratio and generates solid profit margins as a result. The company isn't as reliant on investment income as competitors, putting it on solid footing to weather the low-interest rate environment and continue to reward investors.

A Recession Is Coming: These 3 Companies Can Weather an Economic Slowdown
413%