Please ensure Javascript is enabled for purposes of website accessibility
Log In Help Join The Motley Fool
Free Article Join Over 1 Million Premium Members And Get More In-Depth Stock Guidance and Research
By Jia Jie Chen - Updated Apr 21, 2021 at 10:30AM

The top-performing IPO of 2020 is a high-risk, high-reward opportunity, with one drug in its pipeline and one disease in its sights. Is it worth investing in now?

Texas-based biotech Greenwich Life Sciences (GLSI 5.79%) is currently developing immunotherapy for use against certain types of breast cancer. Founded in 2006, the company was actually 2020's top-performing IPO, appearing on the market at $5.75 in September and hitting a low of $3.26 in November before peaking at $72 in December, when news first broke regarding positive phase 2b results in breast cancer patients. Investors were ecstatic, but the boost didn't last. The stock ended up being shorted heavily until it stabilized and is currently at about $32.

What caused such a dramatic rise and fall, and is the stock's valuation appealing now? 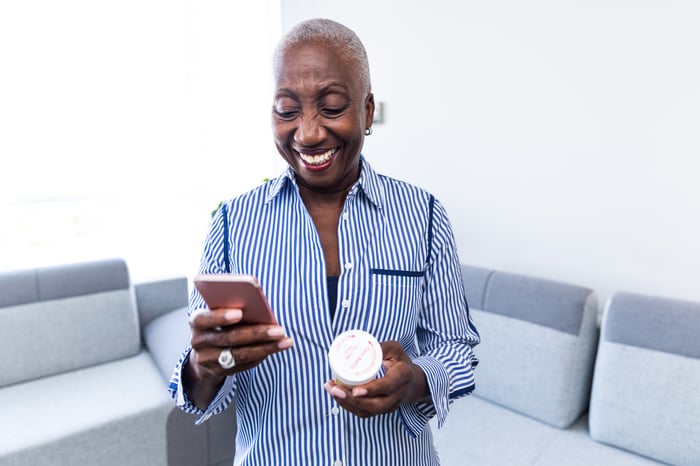 Usually, in the biotech world, when a company works on only one product for only one disease, the risk-reward profile can be extremely skewed. Any business that has only one source of revenue can be risky, and for clinical-stage biotechs, the investment rewards can be disproportionate as well. In Greenwich's case, its single product in development, GP2, is a novel type of treatment that aims to train the immune system's T-cells to recognize and destroy malignant breast cancer cells containing excessive HER2/neu. HER2/neu is a protein found in both normal and malignant breast cells, but higher quantities tend to indicate a higher risk of breast cancer. GP2 is currently being studied as an intradermal injection administered every three to four weeks for a total of up to six inoculations.

In order to qualify for the GP2 treatment regimen, patients must have breast cancer with HER2/neu overexpression (basically, when HER2 receptors accumulate in higher-than-normal concentrations) and have already been given standard-of-care treatments, such as surgery, chemotherapy, immunotherapy, and/or radiation. (The main purpose of GP2 is not to serve as a single treatment for breast cancer, but rather in tandem with other drugs such as Genentech's Trastuzumab. This agent is currently approved to treat HER2-positive breast cancer and can also treat HER2-positive stomach cancer.)

The phase 2b trial results excited investors in December because they showed that fully immunized patients could potentially have zero chance of dying from breast cancer. Given that the five-year survival rate for HER2-positive breast cancer patients is 82% to 89.4% if the disease is limited to the breast region, this represents a major breakthrough. To differentiate the results properly, participants were separated into several cohorts, some with HER2-negative tumors and some with HER2-positive tumors. Results showed that the treatment effect was most pronounced in the HER2-positive group, which showed increased responsiveness to direct HER2 treatments. The trial data showed that 100% of the fully immunized HER2-positive patients treated with Trastuzumab and GP2 survived for five years after treatment, whereas only 89.4% of those who received a placebo with Trastuzumab did the same.

Historically, 77.1% of HER2-positive patients survive for five years after treatment with Trastuzumab alone. These patients also tend to have a higher risk of recurrence compared to HER2-negative patients, so traditional Trastuzumab treatment without GP2 does not guarantee that the cancer will go away permanently. These results show that the combination treatment could mean a permanent remission for a specific subset of patients.

Too good to be true?

When investors first heard about the 0% recurrence rate among breast cancer patients enrolled in the trial, it sounded too good to be true. Although Greenwich acknowledges that GP2 is only reserved for a specific subtype of breast cancer patients, this is still projected to revolutionize a market exceeding $5 billion. Given Greenwich's current market cap of $418 million, with phase 3 trial design talks currently in progress, there may still be time for investors to jump on board for a potentially large increase in stock price by the time the U.S. Food and Drug Administration finally approves the drug. The current price seems fair given that the only way Greenwich can grow from this point onwards is with completed phase 3 trials; that said, given the time the trials take, this would not be for at least three years.

That said, with $28.7 million in cash and equivalents and no reported revenue as of December, Greenwich could be looking to improve its financial situation first before initiating those trials. Therefore, even though the results may be extremely impressive, Greenwich's next steps in raising funding are crucial to its solo venture in breast cancer treatment. Healthcare investors who can stomach the risk should consider waiting a year or two before buying into Greenwich. In the meantime, keep an eye out for any news regarding future funding. These types of headlines may literally make or break Greenwich's chances of completing its lengthy phase 3 experiments.