Shares of Greenwich LifeSciences (GLSI 6.92%) were skyrocketing 48.8% higher as of 3:19 p.m. EST on Monday. The huge jump came after the company announced the hiring of Jaye Thompson as vice president of clinical and regulatory affairs.

It's unusual for the addition of a new vice president to provide such a massive catalyst for a biotech stock. In this case, though, the hiring of Thompson increased investors' confidence about the potential for success in the late-stage study of Greenwich's GP2 cancer immunotherapy candidate in treating breast cancer. 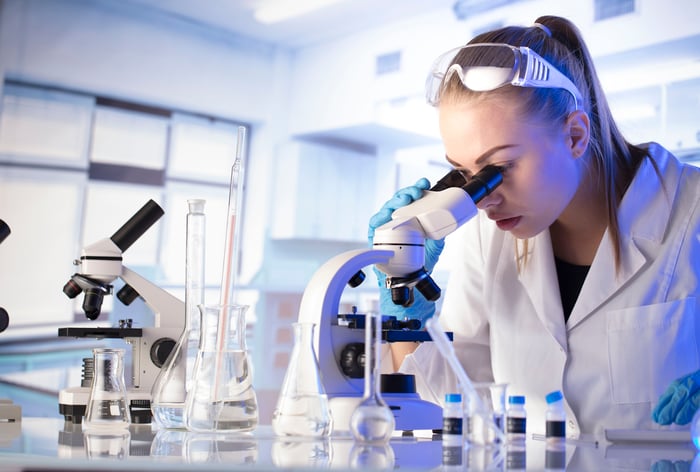 Thompson has advised Greenwich in the past. Now, however, she will work with the company full-time with her primary focus being to guide the pivotal study of GP2. Thompson brings an impressive track record of more than 30 years of experience in pharmaceutical and medical device product development.

Greenwich LifeSciences CEO Snehal Patel stated that bringing Thompson on board will enable the company to begin enrolling participants in its late-stage study of GP2 at multiple sites. He also said that her experience will help Greenwich "optimize the utilization of our cash resources" as the company moves forward with the pivotal study.

The next major milestone for Greenwich is to kick off the planned phase 3 study of GP2. The lead site will be the Baylor College of Medicine. Look for the company to announce other sites as well in the coming months.

1 Drug, 1 Mission: What Should Investors Expect for Greenwich Life Sciences?