Find out what you need to know about all-time highs for stocks.

Certain themes have helped to support the bull market in stocks for more than a year now, and among today's winners were two stocks that have taken full advantage of favorable conditions in their respective industries. Below, we'll look at why Eli Lilly (LLY 2.63%) and Luminar Technologies (LAZR 9.14%) stood out from the crowd on Thursday as stocks with great prospects for a bright future.

Shares of Eli Lilly jumped more than 8% on Thursday. That took the market cap of the drugmaker above the $225 billion mark, and Lilly continued a string of record highs from throughout the past year as it offered good news in the fight against Alzheimer's disease. 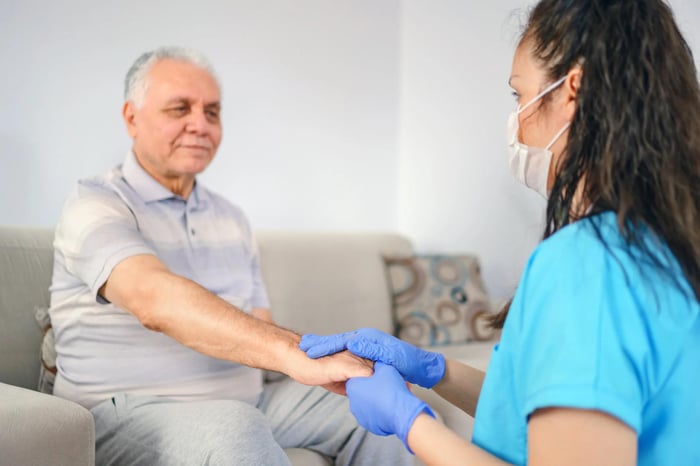 Lilly got good news from the U.S. Food and Drug Administration on Thursday, with the drugmaker's candidate treatment donanemab gaining the coveted designation as a breakthrough therapy. Donanemab is an experimental drug for treating Alzheimer's, and mid-stage clinical trials have offered some promising results for those hoping for a viable treatment for the disease.

It's important to put the news in context, because competitor Biogen recently gained approval from the FDA for its Alzheimer's drug, Aduhelm. That motivated a change in Lilly's strategy, as it now hopes to take advantage of the expedited process for reviewing study results to seek full FDA approval for donanemab as soon as later this year.

After some skepticism about Biogen's efficacy in treating Alzheimer's, investors seem more comfortable with Lilly's candidate, which has shown signs of slowing cognitive decline among patients. Anything that points toward a potential solution for the millions of people suffering from Alzheimer's is an unqualified positive, and that's why investors are especially excited Thursday.

Elsewhere, the electric vehicle industry continued to gain ground, and Luminar Technologies played a key role. The EV technology specialist was up 6% Thursday afternoon after having risen as much as 13% earlier in the day.

Luminar announced that its lidar hardware technology will be standard equipment on the flagship electric vehicle coming from automaker Volvo in the coming year. A fully electric version of the Volvo XC90 is expected to come out in 2022, and the vehicle will feature Luminar's Iris and Sentinel technology. The release also mentioned contributions from NVIDIA and other technology providers, with the overall goal of enhancing safety and reducing accidents and fatalities.

Even with the gains, though, Luminar's stock is still down significantly from its highs earlier in the year. Competition in the EV sensor space is fierce, and some big companies looking to design and manufacture electric vehicles are working hard to come out with their own sensor technology as an alternative to using Luminar as a potential supplier and incorporating its products into their vehicles.

Luminar is a tiny company, and its prospects are still largely speculative. The more big-name customers it can sign, however, the more likely Luminar will be to succeed in the long run.

Pfizer's Earnings Beat Keeps the Dow on a Healthy High