A $2,000 investment in Amazon stock made 15 years ago would now be worth roughly $245,000. That same $2,000 principle investment made in Netflix stock would be worth roughly $350,000 based on today's prices. Finding world beaters like that is easier said than done, but it only takes a few big winners to serve up what amounts to life-changing returns.

With that in mind, we put together a panel of Motley Fool contributors and asked each member to profile a stock that's primed to put up fantastic performance over the long term. Read on to see why they think these three companies have what it takes to deliver huge wins for your portfolio. 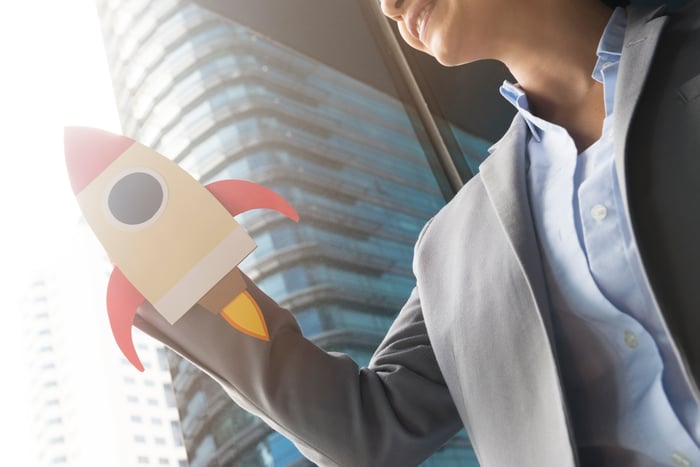 This discounted game maker looks like a long-term winner

Keith Noonan: Mobile video games publisher Zynga's (ZNGA) stock got crushed after the company recently published its second-quarter results, and the sell-off has presented an attractive buying opportunity. The company delivered better-than-expected sales and earnings in the period, but that wasn't enough to stop its share price from falling roughly 18% after the earnings report and conference call.

Bookings grew 37% year over year in the quarter to reach $712 million, and revenue climbed 59% year over year to reach $720 million. The company's earnings per share of $0.02 came in significantly ahead of the market's call for a per-share loss of $0.02 -- again, apparently not enough to buffer the recent sell-off. Bookings admittedly fell slightly short of the average analyst estimate's call for $716.3 million registered in the period, but it was the company's guidance that appears to have played the biggest role in spooking investors.

Easing pandemic restrictions in Q2 appears to have dampened engagement momentum, and adverse changes to the way Apple governs data tracking on its app ecosystem also seems to be narrowing some growth opportunities. These developments prompted Zynga to lower its full-year sales forecast by roughly 3%.

The video game publisher's stock is now down roughly 20% year to date. With the company valued at roughly $8.7 billion and trading at approximately 20 times this year's expected earnings and 3.2 times expected sales, this promising industry player is now in value territory.

Zynga has done an excellent job of building up its franchise portfolio through studio acquisitions and internal development, but investors should know that performance in the gaming industry still tends to be somewhat even. That's even more true with the company facing challenging comparisons to last year's lockdown-driven performance, and recent reopenings softening some tailwinds in Q2. What exactly will happen on the pandemic front remains difficult to predict, but Zynga still looks poised to deliver big wins for shareholders willing to play the long game.

A great stock to buy on the future of housing

Jason Hall (Redfin): When investors think of e-commerce, they almost always think about online shopping and the giants in that space. However, Redfin (RDFN -5.51%) is taking steps to disrupt how people buy, sell, and find housing. Right now that transition is hitting Redfin pretty hard on the bottom line, with the company reporting a bigger loss in the second quarter than expected, while also setting expectations that the losses will continue in coming quarters.

So what gives, and why should investors risk their hard-earned cash on a money-losing venture? In short, because Redfin is aggressively investing in building the part of its business that has the best prospects to disrupt the traditional real estate model, and it's an expensive proposition.

It's certainly working out if you dig a little deeper. Revenue shot up 121% last quarter, while gross profit surged 174%. The company is just taking those profit dollars and putting them back to work: Marketing expenses were $37 million in the quarter, up from $7 million last year. As CEO Glenn Kelman put it on the earnings call:

Parts of Redfin that have been in a defensive crouch can now go on the attack. Every major property technology company is scrambling to build the complete real estate solution that Redfin envisioned years ago ... This is why we believe we can build a company an order of magnitude larger than the one we have today.

I think Kelman's right, and investors who buy Redfin now will be glad they did in the future.

Applied Materials is a pick-and-shovel play on chipmaking

Jamal Carnette: You've likely heard that there's a chip shortage affecting everything from automobiles to iPhones, but did you know the lack of chips is raising alarm bells in Washington?

In June, a bipartisan group of U.S. senators passed a bill to provide $50 billion to boost domestic chip manufacturing. Despite the recent attention from lawmakers, the United States needs the private sector to commit to building out manufacturing capability.

The future will be dominated by tech-intensive industries, and the United States is currently dependent upon Taiwan and mainland China for chip manufacturing (fabrication). Semiconductors are currently a $530 billion industry that's expected to grow to $1 trillion by the end of the decade, far too large to ignore or concede to an economic competitor.

That's Applied Materials' (AMAT -1.19%) opportunity. The company provides the critical etching and deposition equipment needed to fabricate chips. While this is a small subset of equipment manufacturing, the highly specialized nature provides a powerful barrier to entry from larger equipment manufacturers and keeps margins high.

Shares of Applied Materials are up 120% in the last year, making it one of the best-performing mega-cap ($100 billion) companies. The stock performance has been supported by the financials: In the second quarter the company grew its top line 41% but increased net income 76% on account of margin expansion.

The biggest risk for Applied Materials stock is that demand for chips is cyclical. Although we're currently in a chip shortage, it's possible the market could overcorrect, and we'll have a chip glut like in 2018.

However, I think this is a low risk in the long term as the world is in a chip super-cycle. Automotive, datacenter, and smartphone applications will keep demand for chips high for years to come. The future will be controlled by silicon, and Applied Materials is one of the best pick-and-shovel plays for chip manufacturing.