iOS changes may force digital advertisers to adapt to a new environment.

Facebook (META -0.86%) updated its advertisers earlier this month, noting that changes to Apple's (AAPL -0.80%) iOS caused it to underreport ad conversions by about 15%. Apple added new privacy settings in April, requiring users to opt in to share data across applications and the web. As a result, it's now more difficult for Facebook to directly attribute an ad impression with an e-commerce transaction or app download.

But one way that advertisers could get better conversion data is if the conversions took place directly on Facebook. 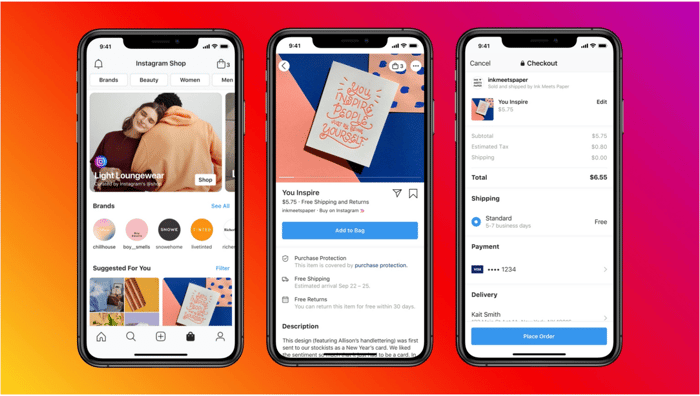 The Apple iOS update only applies to tracking data between apps from different developers. So, if a user sees an ad for some new boots on Facebook and that user later goes to the retailer's website or app to purchase, Facebook probably doesn't know if the advertisement led to a sale or not.

There's no restriction on tracking user activities within a developer's app(s), though. So, if a conversion took place within Facebook or Instagram, it would have perfect data to report to an advertiser. That's where Facebook and Instagram Shops could be a boon for some advertisers.

Facebook introduced Shops on Facebook and Instagram in May of last year, building on its success with Instagram Checkout and the development of Facebook Pay. The feature allows businesses to sell directly to Facebook users, using a credit card already on file with the social network. The idea is to reduce friction in moving users from product awareness to purchase by keeping users within the app and making it as simple as possible to check out.

With the changes in data tracking on iOS, Facebook may propose the adoption of Shops as a way for advertisers to get better data on the efficacy of their campaigns. The company didn't suggest the idea directly, though. Instead, it gave advertisers tips on how to measure their ad campaigns, including using measurement solutions designed by Facebook as well as third parties.

Granted, Shops isn't a solution for all advertisers. You can't download an app from Instagram Shops. But for online retailers, particularly smaller online retailers with limited resources, it could be the best option.

If Apple's iOS changes usher in broader adoption of social commerce, it could ultimately benefit Facebook -- not because Shops presents a big new source of revenue, but because the advertising opportunity with Shops is even greater than directing users to third-party apps and websites.

With perfect conversion data, credit card information on more users, and the broader adoption of Facebook and Instagram for shopping, it could be an absolute goldmine.

Over the last few years, Amazon (AMZN -3.31%) has built a massive advertising business on its position as the premier online shopping destination for internet users. The ad business was on a $30 billion annual run rate in the second quarter, and it grew more than 80% year over year. If Facebook could come anywhere near emulating that success, it could really move the needle for the company, despite bringing in over $100 billion over the past 12 months.

Facebook has an opportunity to take a challenge and turn it into a source of revenue growth. While management has warned about the potential setback in advertising revenue in the second half of the year due to Apple's changes, it has a history of being overly conservative and finding ways to meet the challenging environment to produce continued growth for investors in the FAANG stock.