Ford Motor Company (F -2.86%) will report its third-quarter results after the U.S. markets close on Wednesday, Oct. 27. What should we expect?

(For those new to investing in automakers, here's your key to the jargon: "Adjusted" figures exclude one-time charges and credits, to make year-over-year comparisons more straightforward. "Automotive" revenue excludes revenue from Ford Credit, the company's financial-services subsidiary, which helps us compare Ford's results to those from other automakers.)

How Ford's regional businesses performed in the third quarter Ford's sales in the third quarter were hit hard by a lack of inventory, largely a result of the ongoing global shortage of automotive-grade semiconductors. 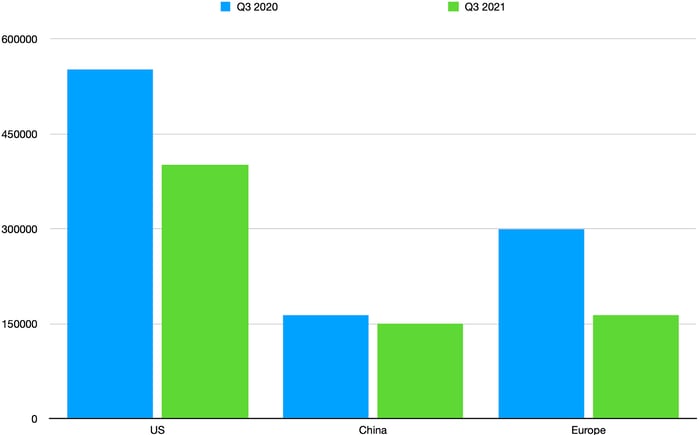 Ford said last month that it will record about $600 million in one-time charges before the end of the year related to its decision to close two factories in India. I think we should expect at least some of that total to appear in its third-quarter results.

Last quarter, Ford was able to generate results that crushed Wall Street's estimates: Tight inventories meant that its total sales weren't great, but Ford didn't have to offer much in the way of incentives to move the metal.

Wall Street is clearly hoping for a repeat this time around, and they'll probably get it. I think it's likely that Ford's results will come in close to, or maybe a bit better than, the consensus analyst forecasts mentioned above.