Germany wants to legalize marijuana too, and that prospect is helping to lift marijuana stocks today. In noonday trading, ET, shares of Hexo (HEXO) stock are heading 6.6% higher, followed by Curaleaf Holdings (CURLF -0.55%) and Green Thumb Industries (GTBIF -4.22%) -- up 3.3% and 2.9%, respectively. 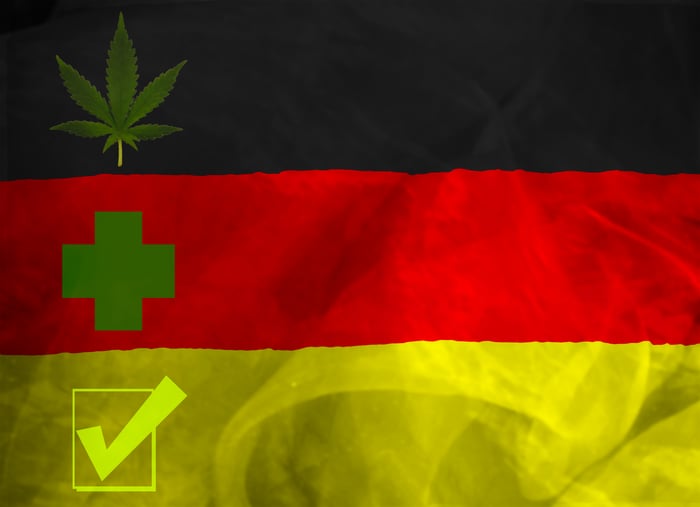 Why Marijuana Stocks Like Sundial Growers Were Wilting Today
397%