Last month, Nvidia unveiled more details around its plans to the metaverse with its Omniverse software package. However, the stock came under pressure in the last few days over bad news surrounding its pending acquisition of leading chip designer Arm Holdings from Softbank Group. 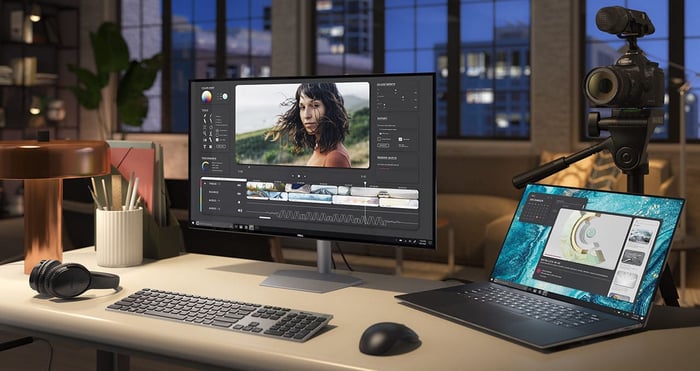 Nvidia's revenue growth has remained consistently high through the pandemic. In the most recent quarter, the company posted a top-line rate of 50% year over year, which is on par with its year-ago growth rate of 57%.

CEO Jensen Huang said, "Demand for NVIDIA AI is surging, driven by hyperscale and cloud scale-out, and broadening adoption by more than 25,000 companies."

During the recent GTC 2021 presentation, Nvidia unveiled Omniverse Avatar, a platform for creating interactive avatars for 3D virtual worlds powered by artificial intelligence. In these metaverse worlds, personal avatars will be a huge market that could fuel billions in revenue from sales of virtual clothing, shoes, and luxury goods that are licensed from consumer brands.

With Omniverse, Nvidia is positioning itself to be the engine that powers the physical movements and graphics fidelity behind those digital caricatures, which could become prevalent one day on Meta Platforms' Facebook or Roblox, among other social media and gaming platforms.

Nvidia previously estimated its long-term addressable market at $100 billion, but that was primarily the estimate of the data-center market. Software presents another level of growth potential that could stretch into the billions over the next five years.

The adoption of Nvidia's software solutions should pad profits, which is one reason contributing to the stock's performance recently.

However, investors shouldn't get too exuberant. The stock already trades at a high price-to-earnings ratio of 70 at the time of writing, and it came under pressure just recently over news that the Federal Trade Commission was filing a lawsuit to block Nvidia's pending deal to acquire Arm. The acquisition was a big growth catalyst, although some analysts have been skeptical about the deal surviving the regulatory approval process.

Nvidia has a bright future, but investors should be prepared for volatility in the share price, as investors weigh the near-term probabilities of the Arm deal going through, along with the long-term opportunities in software.