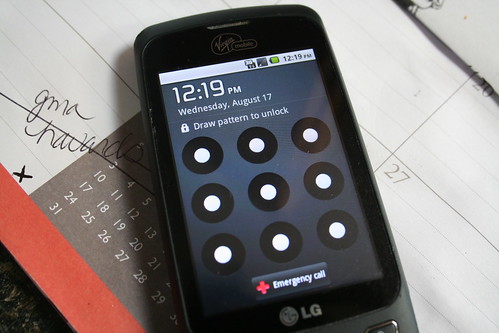 The insight Kaspersky shared on January 27 at a cyber-tech conference in Israel addresses the most recent trend in cyber attacks to shift their focus from computers to cellular phones.

The Chernobyl virus, one of the most damaging computer viruses to ever exist, emerged in 1998 and is referenced by Kaspersky as the turning point in the '90s for computer literacy awareness.

As a virus, Chernobyl overwrites critical information on the system drives it infects, as well as overwrites the system BIOS. According to Kaspersky, a virus of similar proportions could soon target cellular phones.

Banking apps
Banking applications on Android phones are most vulnerable to cyber crime, the chief executive and co-founder of Russian anti-virus software maker Kaspersky Lab said. Kaspersky believes the public will need a wake up call before taking measures to protect their data.

"I expect something really bad to happen to change people's minds and awareness," he said, noting that it took the Chernobyl virus in 1998 for people to properly protect their computers.

"Cyber crime is moving to mobile but people are not aware. It's still not as big as computer crime but it's growing fast. The trend is a very dangerous situation," he explains.

According to Kaspersky, whose anti-virus programs are one of the best-selling in the United States, cyber criminals tend to speak Chinese, Spanish, Portuguese and Russian.

Security apps to protect yourself
Luckily, there are security apps available for the Android phone, many of the best ones free.

For instance, Avast! Mobile Security has an impressive array of features, and best of all, the app is free. This app is essentially a powerful package of security tools, and has features such as antivirus protection, as well as the ability to double check websites for malware, and scan your apps to provide details on their activities.

There is also a hidden anti-theft feature which allows you to remotely control your phone using SMS. Basically if you lose your phone, you can locate it, and if someone takes it you can lock it or wipe it. You can even make it play a siren sound — how cool is that? You can even block access to Wi-Fi or the network for certain apps, great for security and helpful in saving battery power.

In an AV-Test report, among 28 of the top Android security apps, Avast earned an overall detection rate of 99.6 percent. However, a competitor, 360 Mobile Security, which focuses on identifying threats to your system and eliminating them, earned an almost flawless detection rate of 99.9 percent. A scan using this app can safeguard your phone from malware, spyware, and the threat of infection. Though there is no anti-theft option, you can access blocking options, shortcuts, safe browsing protection, and a privacy advisor and tool to wipe out your usage history.

Though Android phones may not be as virus-proof as iPhones, there are plenty of free apps that will help you secure your device against theft as well as virus infection. You'll be able to continue using your Android device confidently, knowing you've taken the measures to arm your phone with maximum security.

This article originally appeared on MyBankTracker.com