Tim Beyers, Steve Symington, and Leo Sun
(TMFMileHigh)
Author Bio
Tim Beyers first began writing for the Fool in 2003. Today, he's a full-time analyst for a variety of premium Motley Fool services, including Rule Breakers. He's also a contributing analyst to David Gardner's Supernova Universe services and Tom Gardner's Discovery services. At Fool.com, he writes about the stocks he researches for members, which usually means diving into disruptive ideas in technology and entertainment. Contact him at tbeyers@fool.com.

Arrow is a hit for The CW. Marvel's Agents of S.H.I.E.L.D. has altered the ABC network's Tuesday night fortunes. And The Walking Dead? That show may as well have changed television completely. And all three were inspired by stories first told in comic books.

Welcome to the new world, Fool. A world in which comic book nerds like us have singular sway over the fortunes of the world's major media companies. Notably, Marvel parent Walt Disney (NYSE:DIS) and DC Entertainment overlord Time Warner (NYSE:TWX).

They and their peers are responding by giving us more of what they think we want. For example, Twenty-First Century Fox (NASDAQ:FOXA) is right now at work filming Batman prequel Gotham as Warner and The CW shoot Arrow spin-off The Flash. AMC Networks (NASDAQ:AMCX), for its part, plans to add to its lineup of comic book adaptations with Preacher, to be written by Seth Rogen and Evan Goldberg in concert with Sam Catlin, who helped take Breaking Bad from on the bubble to breakout hit.

Our point? Some of the industry's most talented writers and producers are developing shows around comic book characters fans know and love. And yet we don't think it'll stop there. We think there's room aplenty for second-tier characters with rich histories and even richer stories to tell. Here are three, in particular, that we expect Hollywood's profit patrol to target: 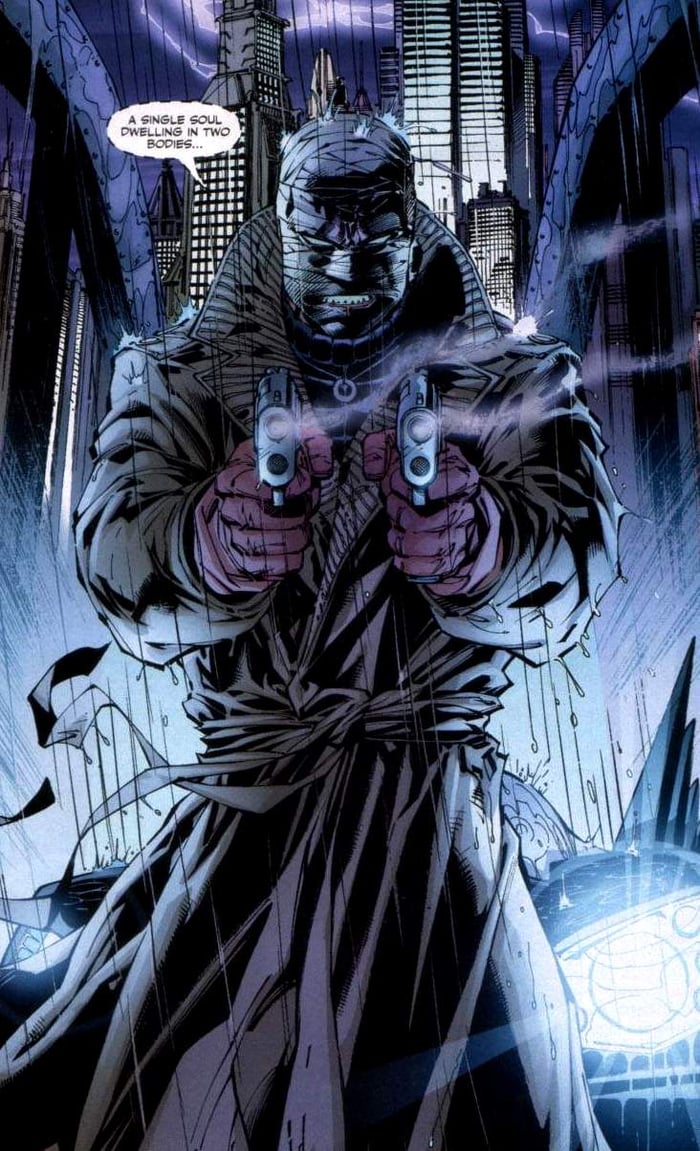 Hush could bring the Bat legend to non-comics fans who enjoy character-driven horror shows such as Dexter. Source: DC Entertainment.

Leo Sun: Hush will wreak havoc on Batman, and delight viewers in the process
My top choice would be Hush, also known as Dr. Thomas "Tommy" Elliot -- Bruce Wayne's childhood friend who grows up to become one of Batman's most dangerous adversaries.

Tommy's big beef with Bruce is that his father, Dr. Thomas Wayne, saved his mother after he tried to murder them both by slashing their brakes. As a result, Tommy ends up in a Norman Bates-like relationship with his mother until he eventually murders her. When Tommy grows up, he plays the part of Bruce's best friend and becomes privy to his big Bat secret. Then, as a master surgeon, he ends up carving up his own face to take on the guise of several people, including Bruce, to take his revenge.

A Hush TV show, with Tommy Elliot as a main character, would be brilliant for several reasons. Audiences already love serial killer shows such as Dexter, Bates Motel, and Hannibal. Now combine those elements with the bleak plastic surgery elements of Nip/Tuck, and you would have one deliciously twisted show.

Since Hush loves to manipulate the players of Batman's Rogues Gallery, it would be a fun chance to see him team up with some notable Bat-villains, then double cross them for his own nefarious ends.

The beauty of a Hush TV show is that it could take place in the same Man of Steel universe that Time Warner is constructing, much like Marvel is doing with Agents of S.H.I.E.L.D. This is something that Fox's Gotham would never be able to do. 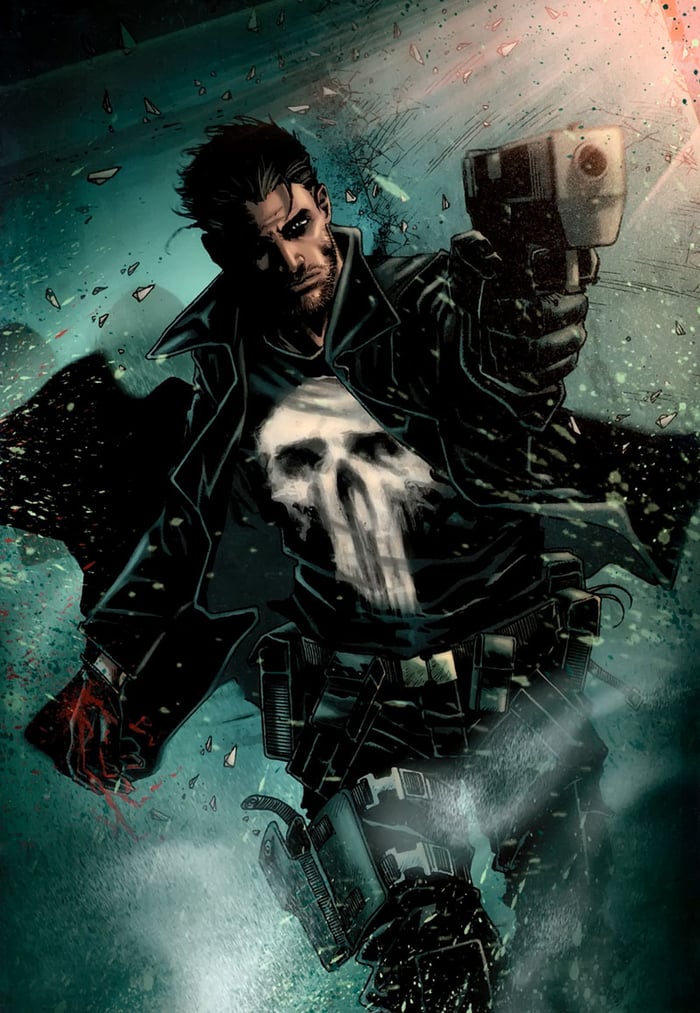 Could The Punisher be next in Netflix's lineup of Marvel-sourced TV shows? Credit: Marvel Entertainment.

Steve Symington: The Punisher might end the reign of competing vigilantes
My vote goes to Marvel's Frank Castle -- or, as most people recognize him, The Punisher.

But to do it right, Marvel needs to wholeheartedly embrace The Punisher's dark nature and avoid putting him on network TV. This wouldn't be anything like Agents of S.H.I.E.L.D. on ABC -- which I've made clear I thoroughly enjoy, by the way -- but rather needs to find a television home that allows the gritty, violent, adult-oriented character to shine. A perfect example is the way AMC Networks has effectively hooked viewers' attention by bringing The Walking Dead's gruesome storylines to life.

There is one downside: This could mean The Punisher wouldn't be able to completely showcase his terrible talents in the comparatively tame Marvel Cinematic Universe. However, this would play beautifully into Disney and Marvel's partnership with Netflix (NASDAQ:NFLX), which currently involves developing four potentially dark TV series featuring Daredevil, Iron Fist, Jessica Jones, and Luke Cage. Specifically, The Punisher's close ties in the comics with Daredevil could provide the perfect avenue for a crossover and, eventually, his very own show.

This also means we could be waiting a while considering the initial four series won't air on Netflix until 2015. But I'm sure I'm not alone in saying The Punisher would be worth the wait. 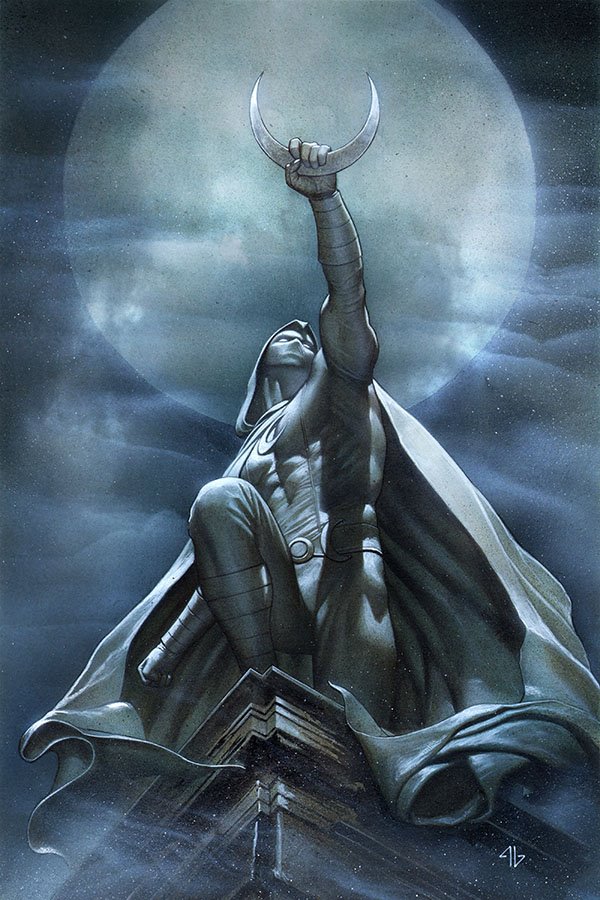 Tim Beyers: Moon Knight could bring a welcome glow to Hell's Kitchen
Moon Knight gets my vote because he also gets the nod from two of Marvel Studios' go-to writers: Christopher Markus and Stephen McFeely. The pair recently singled out the character in an interview with Den of Geek. "I think you could make an awesome Moon Knight movie," Markus said.

Maybe, but as Steve points out above, the Street-level weirdness that former mercenary Marc Spector deals with as Moon Knight may be more suitable for Marvel's next stable of Netflix shows, especially when you consider the setting and the company. Hard-boiled heroes such as Daredevil and Luke Cage, operating in the dark crevices of New York City's underbelly.

Moon Knight also appeals to the current pop culture fascination with the macabre. Grimm fans surely wouldn't mind seeing him battle the Werewolf by Night, or the death-mask-wearing merc known as Bushman. Or, as in Warren Ellis' brand-spanking-new adaptation, a S.H.I.E.L.D. agent gone loony.

More broadly, and as any fan who sat through the 2003 dud Daredevil can attest, grounded vigilante stories rarely appeal to moviegoers who want their escape to the theater for a two-hour epic adventure. TV is a better format for this sort of tale, as good ratings for The CW's Arrow proves.

We expect to see more TV producers experimenting with the format in the coming years. In the meantime, and as far as we're concerned, few of the available comic book characters would work better than Hush, The Punisher, or Moon Knight.