Please ensure Javascript is enabled for purposes of website accessibility
Log In Help Join The Motley Fool
Free Article Join Over 1 Million Premium Members And Get More In-Depth Stock Guidance and Research
By Tim Beyers – Aug 10, 2014 at 8:22AM

Hint: We aren't talking about the box office. 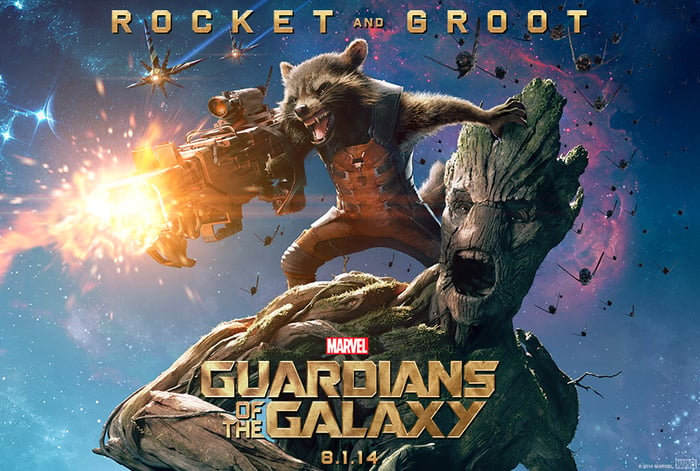 Who knew that a gun-toting raccoon and a talking tree would cause such a fuss at the box office? Credit: Marvel Entertainment.

Now that "Guardians of the Galaxy" has smashed the August record for an opening weekend at the U.S. box office, it's safe to say Walt Disney (DIS -3.20%) has another franchise ripe for development.

What will that mean for the company and its shareholders? At least $1 billion in new revenue, if history is any guide. Since acquiring the brand in January 2010, Marvel properties have helped Disney add $1 billion in annual sales in its Consumer Products group.

We can't really know if CEO Bob Iger saw this coming. And yet, looking back, his sense of the opportunity has proven to be eerily on the mark:

"Marvel provides our company with a rich portfolio of characters and stories, a talented team that has extended the reach of those characters across the publishing, licensing and movie business, and a passionate fan base not unlike Disney's," Iger said in a November 2010 earnings call. (Source: S&P Capital IQ.)

At the time, Marvel Studios had made "Iron Man," "The Incredible Hulk," and "Iron Man 2." All three played well enough with audiences to enjoy box office success, but it's probably also fair to say "IM2" didn't stand on its own so much as ride the coattails of its predecessor. Four years ago, Marvel wasn't anything like the brand it is today.

All that changed in 2012 when "Marvel's The Avengers" set a new all-time opening weekend record on the way to a $1.5 billion run at the worldwide box office. Marvel's been on a winning streak ever since.

Nowhere is this more apparent than in Consumer Products. Disney's highest-margin operating segment has seen annualized revenue go from $2.425 billion in fiscal 2009 -- right before the close of the Marvel deal -- to $3.555 billion in fiscal 2013. The arrival of "The Avengers" heralded those huge gains in merchandising and licensing. "Guardians of the Galaxy" is positioning to do the same by introducing fans to heroes and villains they might never have seen before.

Whereas "The Avengers" teased the cosmic elements of the Marvel Universe, "Guardians of the Galaxy" thrusts moviegoers into a wider cosmos populated by weird characters. Hasbro (HAS -0.69%)has a new line of action figures based on several, including the villain Thanos, depicted below.

An example of Disney and Marvel licensing at work at the Hasbro booth at last month's Comic-Con International in San Diego. Credit: Tim Beyers/The Motley Fool.

You'll find plenty more merchandise at The DIsney Store, which has Star-Lord's battle gear and a plush version of Rocket, among other toys. LEGO has a model of the Milano spaceship the Guardians fly in while CafePress has six pages of themed gifts. Further gains at the box office will only encourage retailers to double down on "Guardians" merch.

No matter how well all that sells, it won't amount to $1 billion. Not yet, anyway. The point is that "Guardians of the Galaxy" has created a new opportunity that didn't exist before. Future adventures in the "Guardians" universe will lead to more licensing and merchandising, pushing us ever closer to the elusive $1 billion in new Consumer Products revenue added during "The Avengers" era.

Who else can we expect to see? More movie and TV appearances by the blue-skinned Kree seem all but assured. Adam Warlock also appears to be a cinch, as do various officers of the Nova Corps and new Elders of the Universe. I'd also bet on the spaceknights of Galador, which trace back to 1979, when writer Bill Mantlo and artist Sal Buscema turned the backstory for a Parker Brothers toy -- Rom the Spaceknight -- into something much more.

The specifics of the "Guardians of the Galaxy" franchise will come later. For now, it's enough to know that Disney's licensing machine will be working overtime developing toys, games, clothes, accessories, collectibles, and more. We can also expect spin-offs, theme park experiences, TV appearances, and new comics leading up to the sequel on July 28, 2017. Almost precisely what Iger forecast four years ago.

This is the new Disney, Fool, and it's a Marvel.

Tim Beyers is a member of the Motley Fool Rule Breakers stock-picking team and the Motley Fool Supernova Odyssey I mission. He owned shares of Apple and Walt Disney at the time of publication. Check out Tim's web home and portfolio holdings or connect with him on Google+, Tumblr, or Twitter, where he goes by @milehighfool. You can also get his insights delivered directly to your RSS reader.