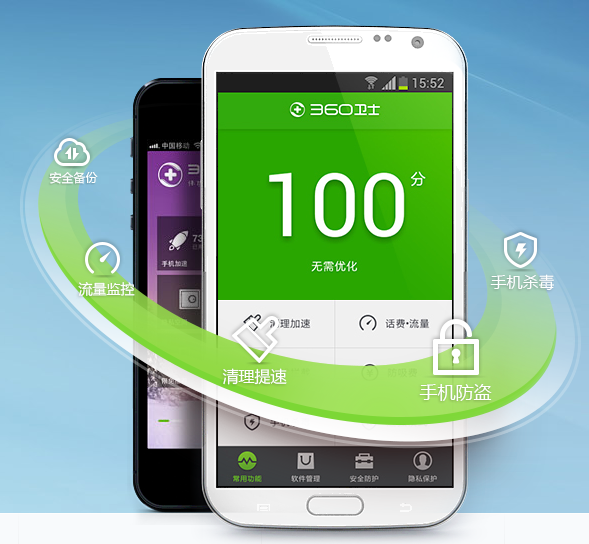 Qihoo 360 (NYSE:QIHU.DL) reported its second-quarter earnings on Sunday. The Chinese PC and mobile security specialist continues to grow rapidly, beating Wall Street consensus expectations on both the top and bottom lines. The company exhibited strength in gaming, as well as Web search -- where it's taking share from rival Baidu (NASDAQ:BIDU) -- during the quarter.

Here are some key numbers for Qihoo 360's second-quarter results.

Qihoo has rapidly transformed into a mobile-first company with the staggering increase in smartphone penetration in China. The company's mobile user base increased 89.6% year over year, pulling well ahead of its still-sizable PC user base. Monetization of mobile users is still in the early stages, with management just beginning efforts in this area at the start of 2013. Still, the rise in mobile users and improved monetization represent a significant long-term growth opportunity.

Gaming revenue is no game
One of the most significant bright spots in Qihoo's report was its games revenue. Internet value-added services revenue, which consists mostly of games, increased 140%. The segment is increasingly important for Qihoo, accounting for 46% of revenue last quarter.

It may not be long before gaming overtakes advertising as Qihoo's top revenue generator. China's mobile gaming market is on fire. Android game revenue increased 310% last quarter, according to the China Game Industry Committee, according to information reported by Barron's. Qihoo has a leading platform in the industry. Its Qihoo 360 Mobile Assistant app store garnered 30% user share last quarter, besting Baidu's 91 Wireless app store, according to the information reported by Barron's.

Searching for growth
Qihoo started the year with the goal of capturing 30% of the Chinese market's search traffic by the end of 2014. Media outlets have recently been reporting on data showing that percentage has been reached, four months early.

Qihoo's search engine is in the very early stages of monetization. Last year, Qihoo generated about 1/20th the revenue per user as Baidu. Indeed, CEO Hongyi Zhou has taken a slow approach to monetizing search, concentrating first on perfecting the product and then growing its share of the market. Now that it has reached 30% traffic share, expect Qihoo's search monetization to ramp up significantly over the next few quarters.

To that end, Qihoo hired ex-Google China exec John Liu earlier this year to take over as chief business officer and focus specifically on search monetization. His expertise should help Qihoo close the revenue per user gap with Baidu.

The best days are ahead
Even with the robust growth Qihoo 360 has exhibited over the past few quarters, it's hard not to get excited about the company's future. It's a market leader in mobile security, mobile app stores, and mobile gaming, and it still hasn't determined how to fully monetize any of those platforms. Its strong growth in Web search traffic share has taken a big bite out of Baidu's bread and butter, but the company is still struggling to monetize the huge audience. Even with these efforts still in the early stages, the company is set to nearly double its revenue once again this quarter.