There are plenty of reasons to avoid Chinese stocks these days. The Shanghai Composite has tumbled nearly 40% over the past three months, the Chinese economy is contracting, and the government foolishly believes that it can prop up the market by supporting bad stocks.

But amid this panic, investors should consider buying solid Chinese stocks like search giant Baidu orthe big three Chinese telecoms at bargain prices. However, there are also Chinese stocks that investors might be better off avoiding. Let's take a look at two such stocks: Qihoo 360 (NYSE:QIHU.DL) and E-Commerce China Dangdang (NYSE:DANG).

Qihoo 360: This underdog lacks bite
Qihoo 360 was originally a market leader in free antivirus software. To monetize its users, it launched ad-sponsored, cloud-based security products, web browsers, and Internet value-added services for virtual goods in online games. This expansion led to the launch of So.com, which became the second-largest search engine in China after Baidu over the past three years.

Revenue from value-added services plunged 16% annually due to the suspension of its online lottery operations in March. That's an alarming drop from 7% growth in the previous quarter and 140% growth a year earlier. The number of average daily clicks on Qihoo's personal start-up page and subpages also fell nearly 10% annually, and daily unique visitors inched up by just over 2%.

On the bright side, Qihoo's revenue and net income, respectively, rose 38% and 108% annually last quarter -- impressive growth considering that the stock now trades at less than 10 times forward earnings. Unfortunately, there's a lot of uncertainty regarding Qihoo's future. In addition to slowing growth, the company has been mulling a private takeover offer from CEO Zhou Hongyi and a group of investors since June. That air of uncertainty can be toxic for a stock, especially set against the backdrop of China's stock market chaos.

Dangdang: Crushed by giants
Chinese e-commerce site Dangdang was once dubbed the "Amazon ofChina." But in 2010, a brutal price war with competitors like JD.com andAmazon.cn crushed Dangdang's margins and market share. Today, the stock trades at around $6 -- down from its IPO price of $16 nearly five years ago.

To stay competitive, Dangdang imitated AMZN's Kindle strategy by launching its own e-reader for e-book and app purchases, but the device failed to stand out in China's crowded tablet market. It started selling more baby products, assuming that the relaxation of China's one-child policy would spur a nationwide baby boom, but bigger e-commerce sites started selling the same products at competitive prices. According to market tracker Bysoft, Dangdang only claimed 1.5% of the Chinese business-to-consumer market last year, while market leaders Tmall and JD.com controlled nearly 80%. 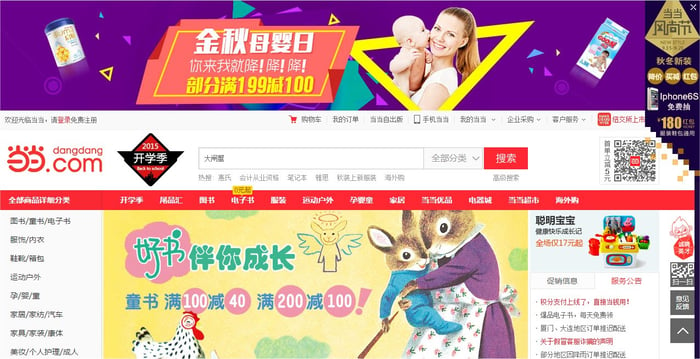 Last quarter, Dangdang's revenue rose 18% annually, but that represented a slowdown from 28% growth in the first quarter and 31% growth in the prior-year quarter. That growth compares poorly against its much larger rival JD.com, which posted 61% sales growth last quarter. Dangdang also lost about half a million customers, finishing the quarter with just 9.7 million active customers. On the bottom line, Dangdang reported a net loss of 21.2 million RMB ($3.4 million), down from net earnings of 28.8 million RMB a year earlier.

Just like Qihoo 360, Dangdang is considering going private in a CEO-led buyout of the company, which would value the company at less than half its IPO price. It's unclear if the buyout will succeed, but that uncertainty could hurt investor confidence.

The key takeaways
Qihoo 360 and Dangdang aren't doing shareholders any favors by mulling over CEO-led private takeovers. This sends mixed messages regarding the future of the companies, and long-term uncertainty can be deadly in a bearish environment.

Both companies are also industry underdogs with slowing top-line growth. In my opinion, companies like these could have the hardest time bouncing back after the Chinese market stabilizes. After the smoke clears, Qihoo 360 will likely be a better value play than Dangdang, but I'd like to see its value-added business and user-engagement rates improve and for its go-private offer to be clearly resolved before picking up any shares.