Chinese stocks have fallen out of favor over the past year due to concerns about the country's economic growth and a potential bubble in the stock market. But as spending hit a record $9.3 billion within the first 12 hours of "Singles Day" on Nov.11 (China's equivalent of Black Friday), some of those fears subsided.

While many U.S. investors are familiar with Chinese e-commerce giants Taobao and Tmall, fewer recognize smaller players like Vipshop Holdings (NYSE:VIPS) and E-commerce China Dangdang (NYSE:DANG). Both stocks have fared poorly over the past 12 months -- Vipshop is down nearly 30%, while Dangdang has dropped over 40%. But after those steep declines, is either Chinese e-commerce underdog worth a look?

What does Vipshop do?
Vipshop is an online discount marketplace that uses flash sales to keep customers coming back to sites. Two years ago, Vipshop became the first Chinese B2C (business-to-consumer) company to achieve profitability. 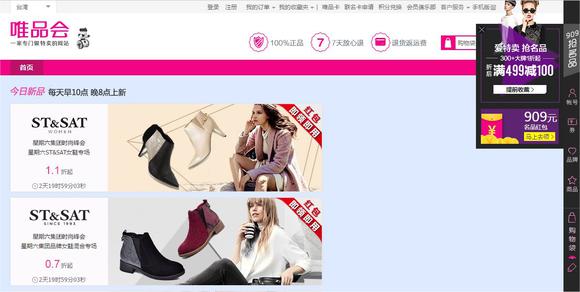 Vipshop only controlled 2.8% of the Chinese B2C market last year, according to market tracker BysoftChina, compared to Tmall's 57.4% share and JD.com's (NASDAQ: JD) 21.2% share. While Vipshop is a minor e-commmerce player, it enjoys a first-mover's advantage in flash sales, which inspired JD.com and other larger rivals to adopt similar strategies. Vipshop also carved out a niche market by selling leftover and off-season products from larger retailers. Whereas larger retailers like JD.com connect with an apparel retailer's e-commmerce or marketing departments to sell products, Vipshop heads straight to the clearance department. To expand its margins, Vipshop has been gradually scaling back its lower-margin "group buy" service over the past year.

Last quarter, Vipshop's revenue rose 63% annually to $1.36 billion as net income surged 90% to $50 million. However, Vipshop's revenue missed its own guidance for 71% to 74% growth due to "warmer-than-expected fall weather" delaying purchases of pricier autumn and winter apparel. Vipshop's numbers look solid, but the revenue miss spooked investors and caused the stock to fall nearly 30% after it pre-announced its sales figures on Nov. 13.

What does Dangdang do?
Dangdang was once called the "Amazon of China" because it evolved from an online bookstore into a diverse e-commerce site. Dangdang also briefly mimicked Amazon's Kindle strategy with its own e-reader, but its device failed to gain ground in China's crowded tablet market. Over the past five years, a grueling price war against larger B2C rivals like JD.com caused Dangdang's margins to plunge. 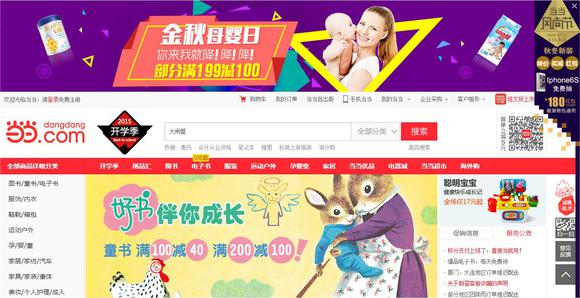 Dangdang expected the end of China's one-child policy to spur a baby boom, so it started focusing heavily on selling baby products, but larger e-commerce rivals started to sell similar products at comparable prices. As a result, Dangdang's sales, profits, and customer numbers have all been sliding. Dangdang finished last year with a 1.5% share of the Chinese B2C market.

Last quarter, Dangdang's revenues rose 22.6% annually to $373 million, which missed expectations by $150 million. It also represents a slowdown from 29.8% sales growth in the second quarter and 31.3% growth in the prior-year quarter. Dangdang's number of active customers rose 12% annually to 10.7 million, down from 15% growth in the second quarter. On the bottom line, Dangdang posted a net loss of 28.1 million RMB ($4.4 million), compared to earnings of 24.5 million a year earlier. Gross margin also contracted from 18.9% a year ago to 15.6%. All these numbers clearly indicate that Dangdang is losing ground in the B2C market to larger rivals.

Due to these serious growth concerns, Dangdang is considering going private in a CEO-led buyout of the company, which would value the company at $7.81 per share. The company hasn't reached a decision regarding this offer, which casts a long shadow over its future.

The verdict
Vipshop stock doesn't look cheap, with a P/E ratio of 42, but it still compares favorably to the average P/E of 53.5 for the catalog-and-mail-order-houses industry. Vipshop posted weaker-than-expected sales last quarter, but its strategy of using flash sales to sell off-season apparel has carved out a profitable niche in China's crowded B2C market. Dangdang, on the other hand, has juggled several failing strategies which failed to spur growth in sales and active users. Therefore, Vipshop is clearly a better buy at current prices -- but investors should be prepared to ride out China-related volatility.