An old saying in investing is that, "Stocks go up by an escalator and down by the elevator." Stock prices tend to steadily increase before declining, often steeply and rapidly. A trend reversal occurs when the prices of stocks or other asset classes directionally change.

Here's a brief look at stock market trend reversals and how to spot them. 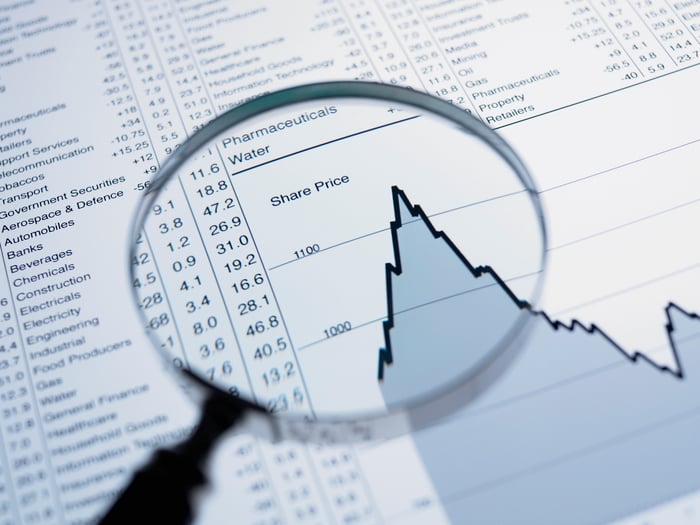 What is a stock market trend reversal?

Most investors are familiar with stock market volatility. The prices of stocks ebb and flow to the detriment or benefit of buyers and sellers. The prices of stocks, although constantly fluctuating, often follow a general uptrend or downtrend, depending on the state of the overall economy. These upward or downward trends can last for months or even years.

A bullish trend reversal occurs at the stock market's peak. Investors may perceive that most or all of stocks' upside potentials are already priced into the stock, or a material event may have occurred. If the economy has been expanding too rapidly and monetary inflation is occurring, then a bullish trend reversal can be triggered by a central bank, like the Federal Reserve System, raising interest rates. Bull markets, which usually last several years, formally end when asset prices decrease by 20% from their peak.

Bearish trend reversals occur in the trough of the stock market's cycle when asset prices that were declining begin to increase. These price increases can be spurred by central banks lowering interest rates — which increases companies' and consumers' access to credit — by increasing the money supply, and by governments' efforts and expenditures to stimulate their economies. Bear markets, which thankfully are usually much shorter than bull markets, formally end when asset prices increase by 20% from their lowest value.

How to spot a trend reversal

The key to potentially spotting a trend reversal before it occurs is understanding that the economy and the stock market are cyclical. The economic cycle has four phases:

You are more likely to spot a trend reversal by staying aware of which phase the economy currently is in, along with understanding which specific events most often cause a phase change.

The trend can be your friend

While spotting a trend reversal isn't easy, knowing the current phase of the economic cycle is more straightforward. If the economy is likely peaking or seems to be in a trough, then you can choose to buy or sell cyclical stocks accordingly. Paying attention to the economic cycle and adjusting your holdings as needed can help you to avoid significant losses and perhaps even profit handsomely.