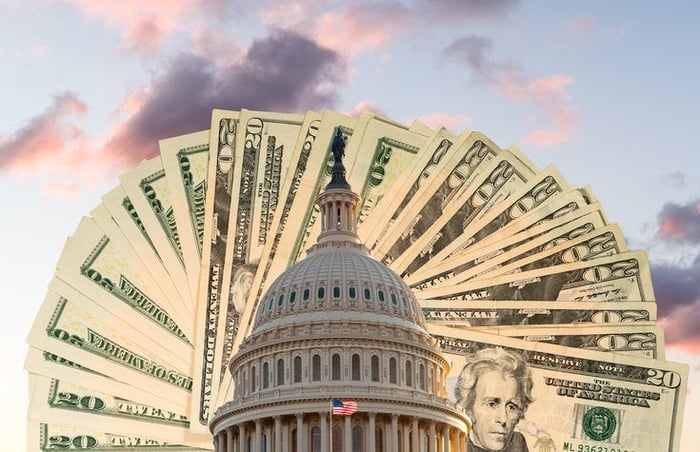 For a long time, the chances of another coronavirus stimulus bill appeared slim. Lawmakers negotiated for months, but got no closer to a deal to put more money in struggling Americans' bank accounts.

Then a bipartisan group of senators developed a framework for a $908 billion bill that both parties embraced. And those senators subsequently split their proposal in two, focusing first on a bill including the provisions with bipartisan support, and leaving two contentious issues -- liability protections for companies and funding for state and local governments -- for later.

Working from this plan, lawmakers are closer to a compromise than ever. Leaders from both parties are vowing to get a deal done before the holidays. Still, not everyone is on board with the proposal under consideration: Some notable progressives object to a plan they find insufficient.

In response to their concerns, Democratic Senator Mark Warner -- who helped draft the bipartisan plan -- had some choice words for members of his party he fears could derail the stimulus package.

Warner rebukes progressives over their response to the stimulus proposal

The bipartisan plan on the table initially did not include stimulus checks, the direct payments provided in the last relief bill. Democratic Senator Bernie Sanders and Republican Senator Josh Hawley pushed for this money, and the new stimulus proposal does include a second COVID-19 payment.

However, it's likely to be a smaller sum (around $600, while the last stimulus bill provided $1,200 for most adults). And when the stimulus payment was added to the legislation, it came at the expense of the unemployed -- it led to a reduction in the number of weeks those receiving unemployment would get extra benefits.

Progressives have been clear that they do not approve of a bill that provides such a small amount of money, or a deal forcing them to choose between helping the unemployed and aiding other Americans.

Congresswoman Alexandria Ocasio-Cortez (known as AOC) tweeted out to her millions of followers that they should let their congress members know if they wanted them to vote no on a stimulus plan that provides so little funding. Democratic Representative Ilhan Omar also commented, saying, "It's really quite shameful that we find ourselves negotiating a deal with such a small amount of money." Senator Bernie Sanders said, "If you're asking me do I think that this bill was well-negotiated, I don't. There should have been a lot more money in it than there currently is."

However, in response to criticisms from the left, Senator Warren said of his progressive colleagues, "These are folks who never negotiated any deal that I think has ever been successful." The concern, of course, is that the objections could lead to no bill passing at all -- even as President-elect Biden pushes for stimulus to pass, even if it's imperfect.

Warner pointed out that for now, Republicans remain in control of the White House and Senate, and that party leaders hadn't even been negotiating until the new bipartisan plan helped break the logjam. He defended the proposal as "a piece of good work," and reiterated that the "alternative would have been to have people get kicked off of unemployment, get kicked out of their apartments, not get the food assistance needed."

Warner's concerns extend beyond the fear that progressive objections could derail the proposed bill. He also takes issue with the focus on stimulus checks. "Where I differ with some of these so-called progressives -- they were willing to take away money or accept taking money away from the unemployed to give out, in stimulus checks with Donald Trump's name on it, to some folks who quite frankly have not suffered [much] economic harm," he said on MSNBC on Thursday.

With buy-in from party leadership and the promise of getting a deal done, it's unlikely the objections of those on the progressive left will derail the stimulus plan. However, if the bill's crafters make changes to appease this vocal group, they could lose Republican support and doom the deal. Those hoping for help should watch the negotiations carefully in the coming days to see how things play out in often-unpredictable Washington, D.C.